If you haven’t heard the news, this winter’s survey of monarch butterfly populations was recently completed in Mexico.  For the monarchs we see in the Eastern U.S., they spend the winter in the Sierra Madre mountains of Mexico before migrating north to the South, Midwest and East Coast (and even southern Canada) for the spring and summer.  The survey results were shocking – the monarchs were only found in about 1.65 acres of forest, which is an all-time low since surveys began 20 years ago.  At their highest, they were found in almost 45 acres of forest in 1996.  Scientists estimate the area of forest as a proxy for an actual count because it is essentially impossible to take accurate samples of millions of butterflies when they are flying across the landscape.  In the winter, they cluster on oyamel fir branches and trunks, so this is the easiest time to count how many are on a certain portion of tree, estimate the size of the tree, and then figure out how many monarchs are in a certain area of forest.

There may be perhaps 35 million monarchs surviving this winter, which sounds like a huge number, but you have to remember how delicate and small they are, and how those 35 million monarchs spread out across thousands of miles in the summer in a landscape with little habitat left for them.  There used to be a billion or more monarchs that migrated north each year, so now scientists are worried that at some point, they will stop migrating north, especially if their numbers keep declining.Monarchs have been in such sharp decline due to habitat loss in Mexico and the U.S. and Canada (from both conversion of prairies and natural land to farms and developments, and conversion of traditional corn and soybean fields where their milkweed host plant grew to herbicide-resistant crops with no milkweed) and from extreme weather, such as freezing events, drought, and timing of warm-up in the spring. Even if we happen to get some favorable weather years, we really need to plant native milkweeds in as many places as we can and avoid treating it like an unwanted “weed,”, and also restore habitat throughout monarch’s migratory routes, and hope that they can reverse their trend so future generations of Canadians, Americans and Mexicans can witness this 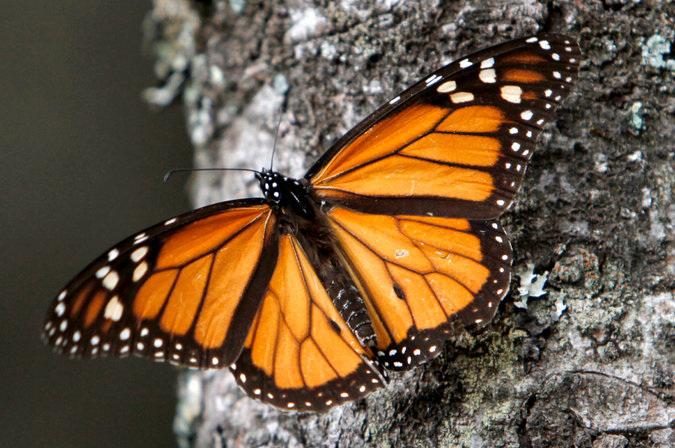