During this very cold winter, two to three new wolf cubs have survived their first few months  on Isle Royale, a U.S. National Park located on a large island in Lake Superior between Michigan, Minnesota and Canada. There used to be no wolves on the island until an ice bridge linked it to the mainland and allowed wolves, and moose, to cross and make a home on the island.  This unique situation has led to a world-renowned study (now going on over 60 years) on the wolf and moose populations, which normally are isolated and have no new outside individuals to breed with, leading to no gene flow and problems with inbreeding. The wolf population had declined so much in the past few years that they are in danger of dying out, and scientists have been debating what to do: should they bring some new wolves to the island to introduce new genes, or let nature take its place?

What I find interesting is that an ice bridge has formed again between the island and the mainland – in fact, Lake Superior was 94% covered by ice on Februrary 13! I think it would be really cool if some wolves from Minnesota or Canada made their way to the island on their own, although scientists say it is a slim chance. There is always the possibility that some of the island’s wolves will migrate back to the mainland as well.

Moose populations on Isle Royale have been increasing to the point that they are changing the vegetation left from their browsing, and there aren’t enough wolves to hold their populations in check. If the wolves go extinct, the moose may eat themselves to death. 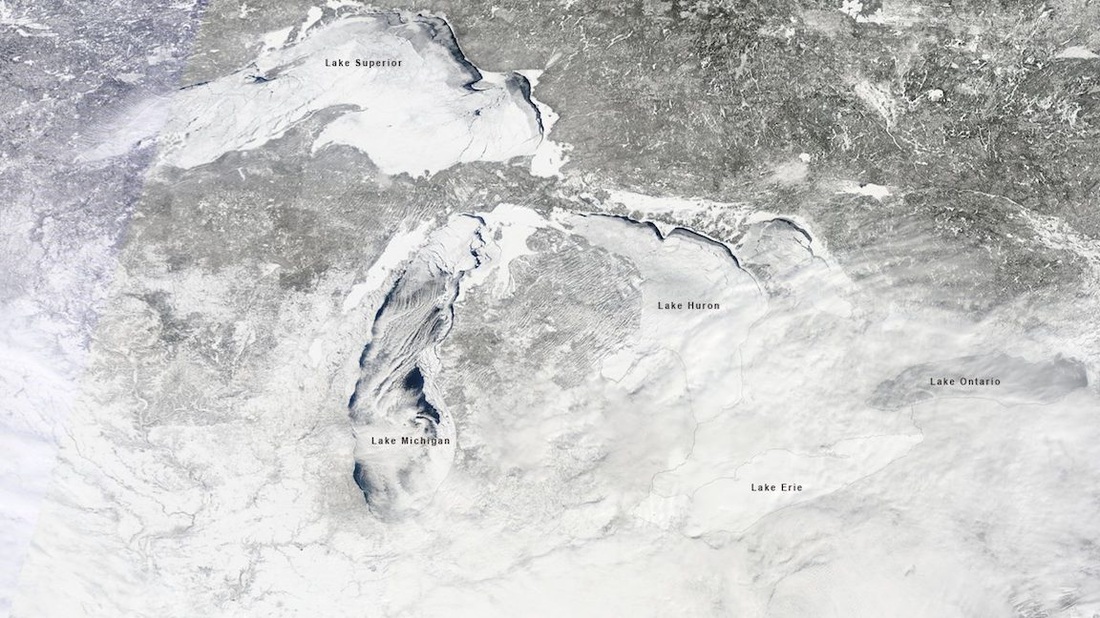