Part of the aim of this blog is to provide a small venue for considering alternative points of view that often do not get discussed in the same site. The effort is a response to the polarization of political and intellectual debate in the real world and cyberspace. This week the Pew Center Internet Project gave us an actual picture of these parallel ideological universes, as they exist on Twitter. 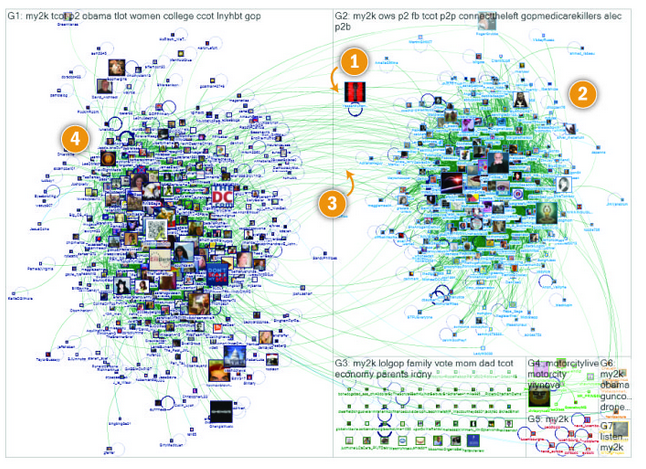 Group 2 is the liberal group. Group 4 is the conservative group. Mostly the two groups do not communicate. 1 points to one of the rare people, a Moroccan activist, who has connections to both groups.  3 sits among the few connections between the groups.

If a topic is political, it is common to see two separate, polarized crowds take shape. They form two distinct discussion groups that mostly do not interact with each other. Frequently these are recognizably liberal or conservative groups. The participants within each separate group commonly mention very different collections of website URLs and use distinct hashtags and words. The split is clearly evident in many highly controversial discussions: people in clusters that we identified as liberal used URLs for mainstream news websites, while groups we identified as conservative used links to conservative news websites and commentary sources. At the center of each group are discussion leaders, the prominent people who are widely replied to or mentioned in the discussion. In polarized discussions, each group links to a different set of influential people or organizations that can be found at the center of each conversation cluster.

Doesn’t the above picture looks like the human brain with the thin connections representing the corpus callosum? 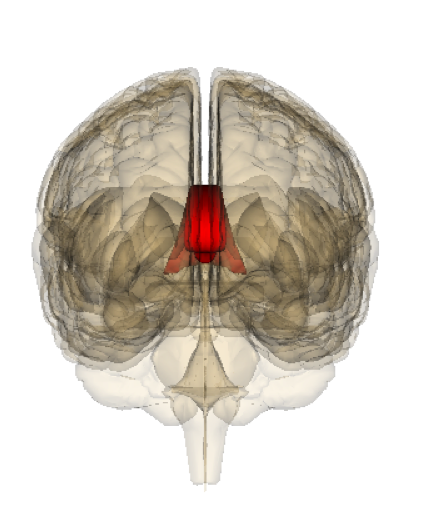 Unlike the links between ideological communities in Twitter, the corpus callosum is a thick cable, containing millions of fibers. Enormous quantities of information flow between the two hemispheres and the connections are fast and efficient. Serious problems happen when the corpus callosum is cut or the strength of its connections reduced.  The same is true in the world’s political information network.