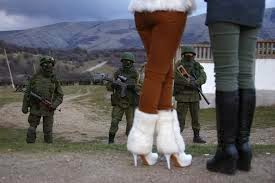 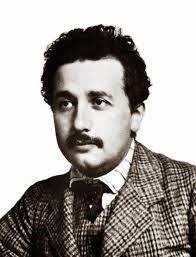 How would THIS GUY think about THIS SITUATION?

In his Excellent Biography Einstein: his Life and Universe, Walker Isaacson, describes Einstein’s peculiar method of argumentation. You might start out with a clear cut disagreement: you on one side, him on the other. However, after a few minutes, you might notice that Einstein was no longer arguing his original position. He had switched and was now arguing your side. So, you were no longer disagreeing. When you thought the issue was resolved, he might switch again and start arguing for a third position that neither of you had entertained. He would do this repeatedly and systematically, exploring all angles of an issue until he arrived at what he thought was the strongest view–often a synthesis of a number of different positions. He wasn’t attached to anything except arriving at the truth.

What would happen if you tried to take this approach to politics, where views seem irreconcilable and where most of us are hemmed in by ideological biases? Suppose you tried to give up ideology to arrive at the most reasonable position you could by embracing the strongest arguments from a range of conflicting positions.

So how would Einstein approach the question of whether it was acceptable for Russia to annex Crimea?

He’d consider the arguments for views from across the spectrum.

Some Libertarians and most Russian Nationalists support Russia’s actions.

The Libertarian argument focuses on the Crimeans’ rights to self-determination. True, the vote on succession was organized rapidly and under Russian occupation, but the Crimeans would have voted for succession even if the conditions had been perfect. As the New York Times writes:

The outcome, in a region that shares a language and centuries of history with Russia, was a foregone conclusion even before exit polls showed more than 93 percent of voters favoring secession.

I think everyone should have right to express themselves…It is messy, that is for sure, because two big governments are very much involved in trying to tell the Ukranians what to do.

That is our how our country was started…It was the right of self-determination, and voting, and asking and even fighting for it, and seceding. Of course libertarians were delighted with the secession of the various countries and units of government away from the Soviet Union, so yes, we want the people to make the decisions.

The Russian Nationalist Position complements the self-determination argument by noting the historical connection between Russia and Crimea. The peninsula was part of Russia until Khrushchev, in a strange move, transferred it to Ukraine in 1954, almost two centuries after the Russian Empire annexed the Crimean Khanate. Putin gave this argument in his speech after signing the treaty reannexing the region. The pro-Russian Moscow Times article Putin Shows Resolve, Signs Crimea Treaty quotes him

Literally everything in Crimea is imbued with our common history and pride…It is here in ancient Chersonesus that Prince Vladimir was baptized.

referring to the adoption of Christianity by Vladimir the Great in his principality of Rus, in 988, considered the start of Russians’ conversion to Orthodox Christianity. If the people of the two regions have such deep connections, what can be the objection to reuniting them, if that is what both want?

Opposition to annexation is nearly universal in Western opinion outside of Libertarians.

Mainstream West. The central western argument opposes the annexation on the grounds that it violates international law. This view, expressed in virtually every widely read publication and by every mainstream politician, was even stated by Ron Paul’s son, Rand, a senator from Kentucky, who has presidential aspirations. In an Op-Ed in Time Magazine he wrote

Vladimir Putin’s invasion of Ukraine is a gross violation of that nation’s sovereignty and an affront to the international community. His continuing occupation of Ukraine is completely unacceptable, and Russia’s President should be isolated for his actions.

The younger Paul cites the Budapest Memorandum a political agreement signed by Russia, the US and the UK, under which the signatories pledged not to use force against the territorial integrity or independence of Ukraine. Signing of the document led Ukraine to give up its stockpile of nuclear weapons, the third largest in the world at the time. 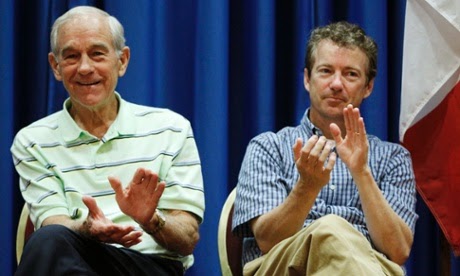 The Crimean Crisis has Forced these two Guys to Disagree

Similar views are expressed in the Washington Post, where it is argued that the vote for succession was illegal because the legal grounds had not been laid. These grounds include extreme violence by the original possessing state, which occurred in the case of Kosovo but has not occurred here.

The most glaringly obvious difference between the two cases is that the Kosovo secession occurred in the aftermath of the genocidal mass murder of Kosovar Albanians by the Serbian government in 1998-99. By contrast, there is zero evidence indicating that Crimea’s majority-Russian population was threatened with any remotely comparable atrocities at the hands of the Ukrainian government. Indeed, the most recent genocidal mass murder in modern Crimean history – the mass deportation and partial extermination of the Crimean Tatars – was committed by the Soviet Union, the regime to which Russia is the successor state.

Socialist Left. As an indication of how much this crisis crosses ideological lines, one need only consider how it has forced the hard left to look at different sides of an issue, a sadly infrequent occurrence. This post by Roger Annis on his website A Socialist in Canada describes two positions and sees some merit in each.

One view describes the political intervention of the U.S. and other NATO countries in favour of regime change as playing a decisive role. So much so that the mass protests against the Yanukovych government are denied any popular and social legitimacy. Russia’s role in events is viewed uncritically.

An opposing view posits that two more-or-less equal imperialist camps are jockeying for domination and control—the U.S., Europe, Canada and their NATO military alliance on one side, and Russia on the other. Both sides are equally condemned. Curiously, this view is also giving short shrift to examining the precise goals and achievements of the protest movement of Ukrainians that rocked the country for months.

The former view is closer to the reality. The NATO countries pressed very hard for regime change and they were rewarded in their efforts. They have considerable influence on the political changes in Ukraine. The country is further under their domination and their threat to Russia is heightened. For these reasons, their intervention should be condemned.

That said, we gain nothing by turning a blind eye to the imperial ambitions of the governing regime in Russia. And much of the protest movement in Ukraine has worthy ambitions that should be appreciated and respected.

Every one of these positions has merit. The Crimeans have a right to self-determination, which given their historical and ethnic connection to Russia contributed to their decision to join Russia when given the choice. At the same time the Russian annexation violated international law and cannot be defended as analogous to the West’s intervention in Kosovo. Ukraine is currently in the middle of a conflict between two far more powerful entities (Russia and Europe/US). Russia may have had some justification in feeling cornered. There are no doubt other points of view.

It seems that Einstein would conceded all of this.

I was in Moscow when the Soviet Union collapsed in August 1991. I spent the first night of the attempted coup in the streets around Red Square watching the military take control and the protesters peacefully confront the tanks, which were manned by often hysterical teenagers. I had the impression at the time the whole situation ended far too fast and that there were many tensions that had not yet been resolved.