So goes the start of a well known Buffalo Springfield song at the height of the Vietnam War. I had started another blog earlier today and let it settle before going back to edit. Looks like it will have to set a little longer as I read or viewed several powerful presentations today that I want to share. Two were received via email posts, two from websites I visit from time to time. The confluence was sufficient to interrupt the direction of the other blog. I hope you will find them worth your time

In the first one we have a speech delivered on the Senate floor this week by Senator Bernie Sanders, the longest serving independent member of Congress. Perhaps a testament of his intellect, personality, and effectiveness as seen by his constituents from Vermont was the fact that he took 71% of the vote in 2012. This 22 minutes of oratory is worth the sound and sight of Sanders as he paints a clear picture of the current and future impacts of extreme inequality.

This turns out to be a fitting introduction to a series of reports, one of which was noted Saturday in a New York Times article and covered here and a blog published today by UM professor Juan Cole at his Informed Comment website. Essentially how that growing concentration of wealth is undermining our democracy.

Then there is the often cited (sarcasm) Lancet/Oslo Commission’s Political Origins of Health Inequality report from February. This report was referenced in a scathing editorial this week in the prestigious British Medical Journal a few excerpts follow:

…And this week a report from the World Meteorological Office (WMO) confirmed that extreme weather events are accelerating. WMO secretary general Michel Jarraud said, “There is no standstill in global warming . . . The laws of physics are non-negotiable.”6
This is an emergency. Immediate and transformative action is needed at every level: individual, local, and national; personal, political, and financial. Countries must set aside differences and work together as a global community for the common good, and in a way that is equitable and sensitive to particular challenges of the poorest countries and most vulnerable communities.
What we all do matters, not least in how it influences others. Those who profess to care for the health of people perhaps have the greatest responsibility to act. And there are signs of action being taken. Within the health system, organisations and health facilities are reducing their carbon footprint. Barts Health NHS Trust has, for example, reduced its energy bill by 43% since 2009. The president of the World Bank, Jim Yong Kim, himself a public health physician, has called for divestment from fossil fuels and investment in green energy.7 We should all respond. 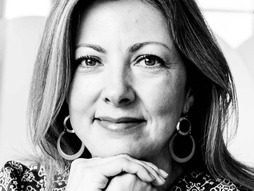 co-founder of Global Witness and a winner of 2014 TEDx Prize.

If this wasn’t enough to light my fire (it was probably was) an email link from a colleague to a recent (March 2014) TED talk by Charmian Gooch,
UPDATE [3-31-14] Senator Carl Levin hailed the TEDx prize of $1 million to Global Witness to fight for transparency in business ownership. See the reference to legislation he and Senator Grassley have introduced here.

Taken together they paint a stunning portrait of a society on the edge. What will it take in our culture to move the energy and drive that is absorb by NCAA basketball tournaments and direct it towards building a  more just, prosperous and sustainable society? The bread and circuses we’re continually pumped with is the perfect distraction from noting the emperor has no clothes.

If we don’t shake off  this drug-like induced stupor soon, we will lose what little democracy we have. Miguel Cabrera is a heck of a ball player, but $284 million!!!!!