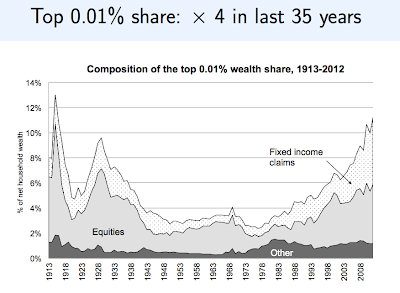 Recent increases in wealth inequality mainly due to top 0.01%, not top 1%? See this article (The Atlantic) and also here.

The method used to obtain these results is not without uncertainties. From these slides by Saez and Zucman. (Using flows to estimate accumulations.)

We develop a new technique to estimate the distribution of wealth

See also Inside the 1 percent: