Great Figures in the History of Ideology (III): Heraclides of Pontus

When we think of people who shattered paradigms, we think of Copernicus with Geocentrism, Galileo with Aristotelianism, and Einstein with Newtonian physics.  In religion, Jesus of Nazarath, Mohammad, and Martin Luther might come to mind. Political revolutionaries include Martin Luther King Jr., Joan of Arc, and Thomas Jefferson. Each of these individuals is famous because positions they advocated were adopted by others in their lifetime or in the years or decades that followed. Broad acceptance of trends could be traced to their actions.

But there are people whose views are not widely adopted until centuries after their deaths.  Most have been forgotten because memory of their insights faded before the steps they took caught on. Heraclides of Pontus (c 390 – d. after 339 BC), who first proposed that the earth rotates on its axis, was one such person.  Heraclides’ hypothesis explains why as a group, the planets, the stars and the sun, appear to move east to west across the sky each day.

The theory is a perfect example of the unification of a range of complex phenomena under a simpler theory through a change of perspective. Instead of uncountably many objects moving around the earth, the earth simply rotates on its axis. The motion in the sky is only apparent. The rotation of the earth is real. Heraclides’ inversion presaged other radical changes in perspective like Kant’s proposal that the axioms of Euclidean geometry are not features of the world in itself but organizing principles of our minds, marking the beginning of cognitive science. 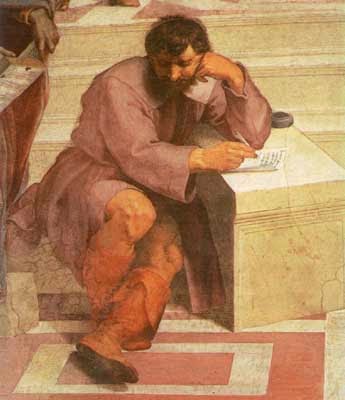 In the last post in this series on Philolaus, who said the earth moves, I tried to describe the almost inescapable obviousness of Geocentrism to the ancient mind. This grip was only tightened by the influence of Platonism, Aristotelian and Greek mythology, all of which incorporated Geocentrism as a foundation. Philolaus broke with Geocentrism, but his theory could not actually explain the observed diurnal motion of the celestial bodies.

Heraclides did not give up Geocentrism, but by spinning the earth, he could account for the vast majority of movement one observes in the sky each day. 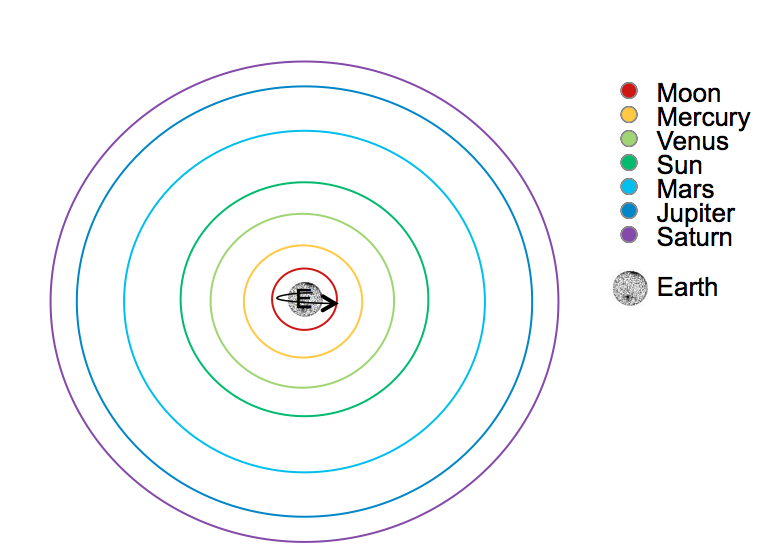 Compared to Philolaus’ theory, this model takes one step forward and one step back. It explains the diurnal movement of the celestial bodies, but because the planets continue to revolve around the earth, it loses the easy ability to explain the peculiar annual route of the planets through the Zodiac.

We know virtually nothing about Heraclides.  He was a member of Plato’s Academy and led the it while Plato took leave to travel. After Plato’s death he narrowly lost a vote to head the school to Xenocrates.  He was clearly not an outsider, which is surprising since people who try to subvert the dominant paradigm usually are. He is alleged to have been pompous and arrogant, but wouldn’t you be if you had figured out that everyone was, and always had been, wrong about the dynamics of the universe?

When we talk about people being ahead of their times, we usually mean by a few decades or centuries at most. The writer William S. Burroughs was ahead of his time by a few decades. In the late 1930’s he was already living a late 1960s lifestyle of sex and drugs (there was no Rock and Roll yet) in Mexico. People too far ahead are more likely to be viewed as crazy than brilliant.  There is no doubt Heraclides fell into that category. His view was not accepted for another 18 centuries until Platonism and Aristotelianism faded, Christianity arose, dominated and weakened, and Copernicus finally backed the theory up with with substantial amounts of data. Aside from Philolaus, it is hard to imagine anyone more out in front of his contemporaries.