What happens when A Palestinian Visits Auschwitz and a Jewish Guy Wants to Boycott Israel?
I’ve been using the term ideology in this blog, but so far I haven’t said what I mean by it. So here’s a stab:

An ideology is a system of beliefs that is strongly resistant to logic and contrary evidence and that helps structure a person’s view of the world.

My conception of ideology is broad. It encompasses not only what we normally think of as ideologies, the great  “isms”: communism, libertarianism, nationalism (ethnically- and state-based), anarchism, feminism, zionism, conservatism, environmentalism, etc.; but also religions and scientific paradigms of the past such as geocentrism and vitalism that were as deeply held as religions by many. I think this breadth is helpful because belief systems that are resistant to evidence have many important features in common.

I don’t want to be too ideological about ideologies. They do have some very positive features such as providing simple explanations of complex phenomena and binding people together in shared beliefs, providing a sense of community. For big primates like us this is all incredibly important to a sense of personal well-being. However, ideologies also have many drawbacks, including their ability to stifle dissent, enforce conformity and limit curiosity and creative thought. Because ideologies do not respond to contrary evidence and resist change, they usually disconnect their adherents from reality to some degree.

Most ideologies have two components, a set of factual assumptions about how the world is and a set of normative (moral or political) assumptions about how it ought to be. To minimize cognitive dissonance, these are usually tightly linked in the sense that a person who subscribes to the normative part of an ideology, e.g. personal freedom should be maximized (libertarianism), will mostly likely believe that this outlook aligns with deep features of the world, e.g. economic growth will actually be greatest if personal freedom is maximized. To the extent that they are disconnected from reality, ideologues tend to embrace either factually mistaken assumptions and/or dubious moral/political principles.

One of the ways that ideologies persevere is by binding people together in communities that then put pressure on their members to avoid evidence not consistent with the core beliefs. Members who actually go so far as to take a different position are often punished or ostracized or both. This is the ever present tradeoff between belonging to a community and intellectual autonomy. 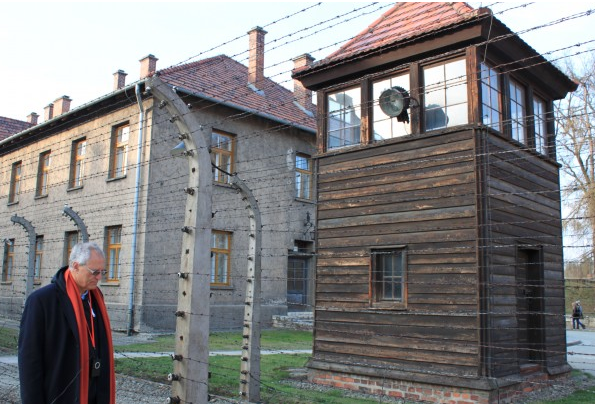 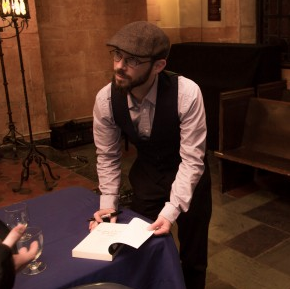 There were clear examples of this type of exclusion on both sides of the Israeli-Palestinian conflict in the WashingtonPost recently.  In March the Post reported on the trip Mohammed Dajani and a group of students took to Auschwitz.

Professor Mohammed S. Dajani took 27 Palestinian college students to visit the Auschwitz concentration camp in Poland a few weeks ago as part of a project designed to teach empathy and tolerance. Upon his return, his university disowned the trip, his fellow Palestinians branded him a traitor and friends advised a quick vacation abroad.

One reader [of the Palestinian on-line paper Al-Quds] said that taking Palestinian students to Auschwitz was not freedom of expression but treason.

The Post has its own ideological spin, but the article does draw its attention to the crazy beliefs that one needs to hold to stay in good stead with an extreme anti-zionist community.

This story calls to mind a similar transgression, though with a less extreme reaction few months ago. In that case Sharon Jacobs wrote in the Post of “A voice the JCC doesn’t think we should hear”

On Tuesday, I got an e-mail from the Washington DC Jewish Community Center: The JCC was refunding me for a ticket I had purchased to an event in its “Authors Out Loud” series. I had paid to hear David Harris-Gershon, whose memoir, “What Do You Buy the Children of the Terrorist Who Tried to Kill Your Wife?,” traces his emotional journey following his wife’s serious injury in a Jerusalem bombing. Ultimately, Harris-Gershon sought reconciliation with Mohammad Odeh , the imprisoned Palestinian man responsible for the remote-controlled bomb, and his memoir describes his experience meeting the Odeh family.

Thanks to the JCC, I know what Jewish resistance to Harris-Gershon looks like. And it’s ostensibly unrelated to his memoir. Instead, the resistance focuses on a blog post Harris-Gershon wrote advocating boycott, divestment and sanctions (BDS) against Israel.

When I called the JCC to ask why I was getting a refund, I was told Harris-Gershon’s talk had been canceled. “The DC JCC has a policy that we do not do events with people who have endorsed BDS,” … Apparently the JCC had wanted to hear about Harris-Gershon’s harrowing experience in Israel — until it found out that he had drawn the wrong conclusions from it.

The blog post is worth a read. It clearly disagrees with the extreme zionist position on both the factual and normative assumptions about the Israeli occupation. Among the delusions Harris-Gershon takes issue with is the judgement of a panel appointed by Prime Minister Netanyahu denying that “Israel’s presence in the territory is that of an occupying force and assert[ing] that its settlements and settlement outposts there are legal”, as reported by Haaretz. See how this works. If you think Israel should be able to control Palestinian lands, it is helpful, and emotionally comforting, to believe that this control does not actually constitute an anything as bad as an occupation.

Each of these men is effectively being given a choice between membership in a community and the freedom to take an alternative perspective. Each community is discouraging others from hearing what the men have to say and clearly delineating the costs of making the wrong selection. You can’t really blame the ideologues on this point: how else can extreme-zionism and extreme anti-zionism perpetuate themselves?