Biotechnology promises the greatest revolution in human history. By the end of this decade, it will have outdistanced atomic power and computers in its effect on our everyday lives. –Michael Crichton, Jurassic Park

A friend recently sent me an ecopy of Jurassic Park. The book begins with the quotation above. Published in 1990 the prediction did not pan out within that decade, but it may come true very soon. The reason is the development of the CRISPR-CAS method of genome editing that now enables us to alter genomes with remarkable specificity and efficiency.

The first patents for CRISPR technology were issued a few weeks ago to the Broad Institute at Harvard and MIT. With some of the creators of the technology left off the filing a fight has already broken out. Big money could be involved. The patents for transfection, the process of getting DNA into mammalian cells, issued in 1983 to Richard Axel and Columbia University, made Columbia over a billion dollars and Axel (my former advisor) the wealthiest man in biology.

The main therapeutic use for CRISPR in the near future will be as a tool for creating genetically engineered cells to correct genetic defects in specific tissues.  If you were born with a genetic disease such a sickle cell anemia, it may soon be possible to take stem cells from your body, correct their genetic defects using CRISPR and then reinsert them back into your body to restore normal functioning.

By itself CRISPR is a genomic scissors that makes it possible to delete small gene segments to disable the function of specific genes but that also has a tendency to make unwanted changes elsewhere in the genome (so-called “off-target” effects). 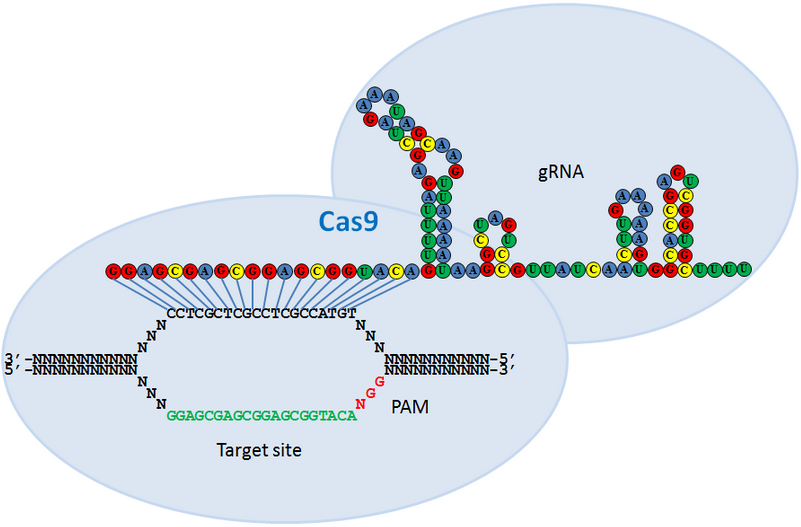 To help cure disease, CRISPR must be combined with Homologous Recombination, a method for inserting the correct form of a gene in place of the defective copy, and one must ensure that no changes are made outside of the genomic region of interest.  Progress has been fast in reducing off-target effects with a significant advance reported a few weeks ago.

There shouldn’t be too much controversy over the use of CRISPR to engineer cells to cure disease. The real explosion will come when the rate of off-target effects has been reduced enough so that one can to alter embryos with confidence that the genome has not been changed in undesirable ways. At this point it will also be possible to use the technology to create “designer” babies, infants with highly specific genetic characteristics. In expectation of this possibility some have called for an open discussion of the ethical issues surrounding CRISPR. It is a discussion with starting, since this time is coming, and probably soon.