It is always difficult to gauge whether you are in the midst a cultural movement from media reports, but there appears to be a trend on college campus involving Left groups calling for limitations on freedom of speech or regulations that are likely to reduce students’ exposure to alternative points of view.

This trend has taken three forms in recent months.

1. Protests against graduation speakers at Rutgers, Smith, Harvard School of Education and Haverford, criticized by this editorial in The Washington Post
2. At the University of California and Oberlin, support for ‘trigger warnings’, labels on books, films or websites that warn students of content that may be emotionally unpleasant  (NYTarticles).
3. A petition to support banning the word “tranny”, begun at U. Chicago

By allowing graduation speakers to be blocked and adopting trigger warnings and restrictions on acceptable words, universities may protect some students’ feelings, but they will inevitably reduce the range of ideas to which their students are exposed.

Support for these measures reflects a difference in ideological outlook, one dimension along which political outlook varies:

People always support speech that agrees with them. The key difference here is between those who are willing to accept speech they do not like and those who will agitate not have it heard.

The Post editorial comments on the protests at Haverford that led Robert J. Birgeneau, former chancellor of Berkeley to withdraw as commencement speaker.

Activists at the Pennsylvania school objected to Mr. Birgeneau’s role in the forceful dispersion of a 2011 Occupy protest at Berkeley, and they sought to condition his appearance on his compliance with a series of “restorative” measures that included “a full accounting of one’s violation,” an open letter about “what you learned” and a “pledge to become a leader in how universities ensure that protesters’ rights are respected.” Instead of submitting a Soviet-style forced confession, Mr. Birgeneau declined to appear.

Haverford’s commencement ceremonies went on with a pinch-orator, former Princeton president William G. Bowen. Rather than shy from the controversy, Mr. Bowen on Sunday admirably defended the principles that some in attendance had renounced: the essential value of open debate and orderly disagreement.

“I am disappointed that those who wanted to criticize Birgeneau’s handling of events at Berkeley chose to send him such an intemperate list of ‘demands,’ ” Mr. Bowen said, according to the Philadelphia Inquirer. “In my view, they should have encouraged him to come and engage in a genuine discussion, not to come, tail between his legs, to respond to an indictment that a self-chosen jury had reached without hearing counter-arguments.”

The NYTimes reports on trigger warnings describe the motivation for the labels and why they arouse opposition.

Colleges across the country this spring have been wrestling with student requests for what are known as “trigger warnings,” explicit alerts that the material they are about to read or see in a classroom might upset them or, as some students assert, cause symptoms of post-traumatic stress disorder in victims of rape or in war veterans.

The warnings, which have their ideological roots in feminist thought, have gained the most traction at the University of California, Santa Barbara, where the student government formally called for them. But there have been similar requests from students at Oberlin College, Rutgers University, the University of Michigan, George Washington University and other schools.

At Oberlin College in Ohio, a draft guide was circulated that would have asked professors to put trigger warnings in their syllabuses. The guide said they should flag anything that might “disrupt a student’s learning” and “cause trauma,” including anything that would suggest the inferiority of anyone who is transgender (a form of discrimination known as cissexism) or who uses a wheelchair (or ableism).

“Be aware of racism, classism, sexism, heterosexism, cissexism, ableism, and other issues of privilege and oppression,” the guide said. “Realize that all forms of violence are traumatic, and that your students have lives before and outside your classroom, experiences you may not expect or understand.” For example, it said, while “Things Fall Apart” by Chinua Achebe — a novel set in colonial-era Nigeria — is a “triumph of literature that everyone in the world should read,” it could “trigger readers who have experienced racism, colonialism, religious persecution, violence, suicide and more.”

The most vociferous criticism has focused on trigger warnings for materials that have an established place on syllabuses across the country. Among the suggestions for books that would benefit from trigger warnings are Shakespeare’s “The Merchant of Venice” (contains anti-Semitism) and Virginia Woolf’s “Mrs. Dalloway” (addresses suicide). 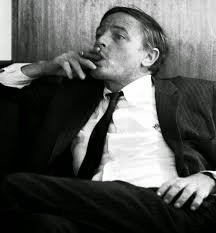 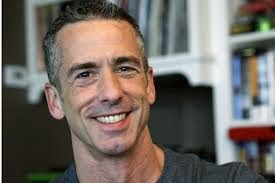 In one of the stranger turn of events, this debate has created temporary support within the pages of the National Review for sex columnist Dan Savage, someone the NR has not previously been known to advocate for.  According to a current NR story, Savage was criticized at a U. Chicago event for using the term “tranny” to refer to transexuals. Savage, generally a spokesman and hero for the LGBT community, was making the point that, like many other oppressed groups, e.g. blacks and  gays, who have taken to using derogatory terms thrown at them in derision as their own, transexuals should use “tranny” to defuse its bite.

Dan Savage, the controversial gay author known for his abrasive, biting commentary against his critics, is now in some hot water with the University of Chicago’s LGBT community for using what protesting students call the “t-slur.”

Savage took part in a seminar at the university’s Institute of Politics last month, in which he urged using the term “tranny” to reclaim the word and eliminate the stigma. His use of the word prompted a transgender student to speak out against its use, which Savage responded to by listing more words that could be considered offensive and asking if he was permitted to use those…

The student eventually walked out “in a state of distress,” according to a petition calling on the university to condemn and ban such language from future events.”

The petition at change.org described the events as follows

On Thursday May 22, The Institute of Politics hosted a seminar with Dan Savage, a gay advice columnist who has a history of making numerous misogynstic, biphobic, transphobic, and racist comments. The seminar was moderated by current IOP fellow Ana Marie Cox, a blogger for The Guardian. Throughout the conversation both Savage and Cox used a transphobic slur repeatedly, supposedly in the context of explaining why the word was “problematic”. When this first started to occur, a trans student repeatedly asked them not to use the slur and tried to explain why it was offensive. Cox and Savage then proceeded to argue with the student, saying they had a right to use the word. Afterwards, Savage continued to use the slur despite knowing it was making students feel unsafe and both Cox and the IOP staff did nothing to stop him. This action upset the student to the point that they had to leave the room in a state of distress.

The petition has garnered 1958 signatures at the time this sentence was written.

Overall, supporters of these restrictive measures are largely young, opponents older. It could be that times have simply changed and Savage’s form of libertarian sexual politics that was so liberating to kids in the 1990’s and that created this temporary alliance with the NR is no longer in fashion among the youth today.