This is imho an excessively beautiful figure! I keep staring at it getting thrills, and bliss pours over me as I explore its intricacies. This is evolution. 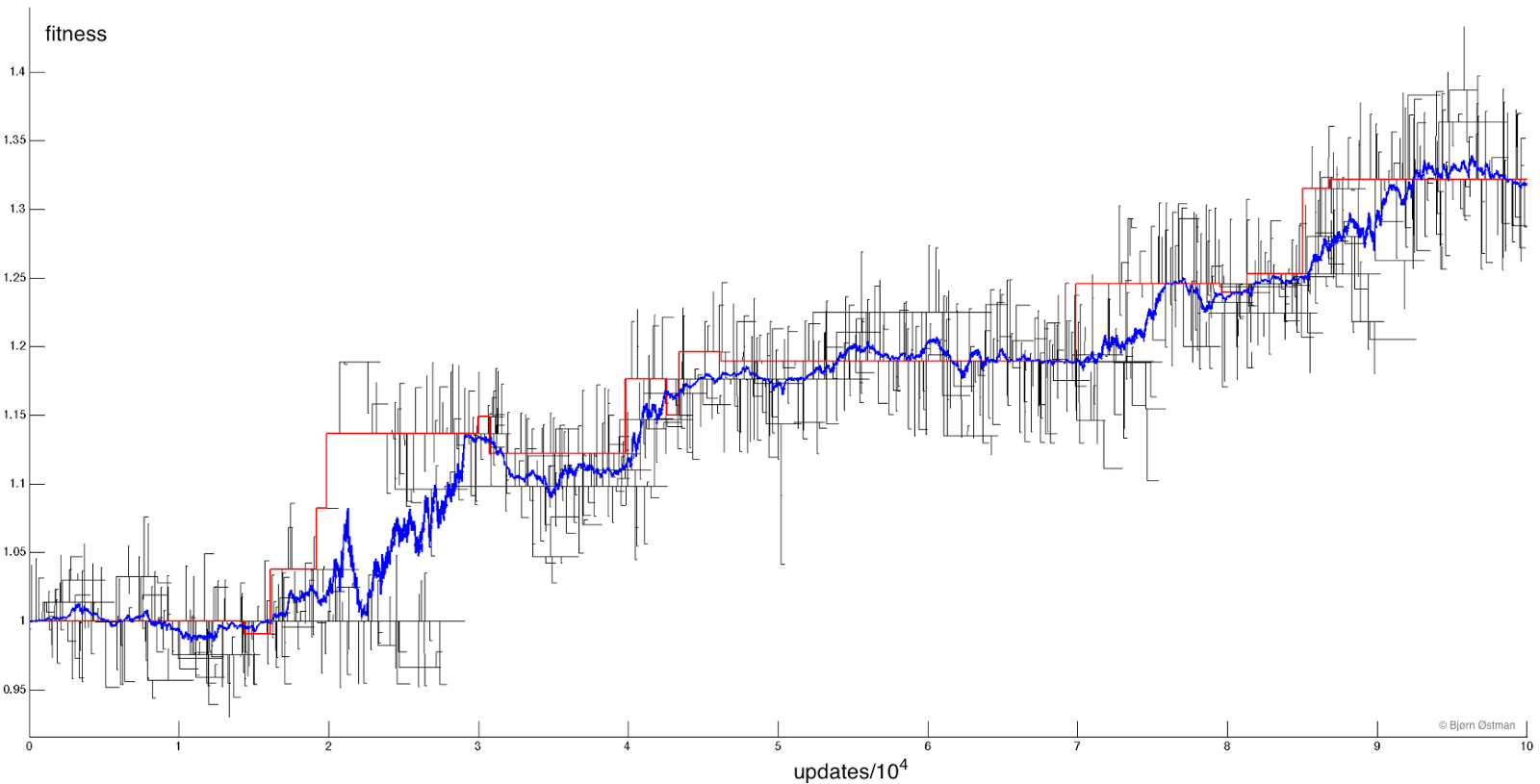 (You should enjoy this figure while listening to one or several of these:)

What are we looking at? Fitness over time of all individuals in a population of size 100. The blue line is average population fitness. The red line is the lineage that leads to the most fit individual after 100,000 updates.

And the real treasure? All the black lines which are all the other lineages that died out. Only the individuals who descend from the ancestor on the red line are alive near the end (technically, the most recent common ancestor (MRCA) is close to but obviously not quite at the end of the simulation).

I made this simulation in Matlab. Constant population size of 100. Mutation rate of 0.01. Effect of mutations is drawn at random from a uniform distribution of selection coefficients between -0.05 and 0.05. One individual reproduces per computational update (Moran process), and chance of reproducing is proportional to fitness.