Although scientists had known in the past that butterflies could evolve new colors if it helped them have higher fitness in their environment, they didn’t know what mechanism they used to create the new colors.  After some scientists raised and bred the African brown butterfly Bicyclus anynana in the lab for about a year (6 generations), they caused these butterflies to become purple instead of brown.  By selecting butterflies that had a bit more purple than the others and selectively breeding them, they mimicked how evolution could work.How did the butterflies’ wings turn purple?  Well, the thickness of a butterfly’s wing scales determines which wavelengths of light it can reflect, and the butterflies being studied evolved a different scale thickness that now best reflected violet light.  When scientists compared B. anynana to two distant relative species that were naturally purple, they found the other species also had the same thickness on their wing scales, which means the same evolutionary mechanism has already occurred in the past.  It would have been a lot harder for butterflies to evolve to change the pigment in their wings, which is another way they could have turned purple.  Instead, they evolved much faster, which could help much more in adapting to new environmental changes. Butterflies could benefit by changing colors if it means they could avoid predation by flashing brighter colors, or if they could more easily find a mate because they stand out.

This research can even have practical applications for humans.  Butterfly wing scale color could help engineers develop screens for e-readers that switch colors more quickly. 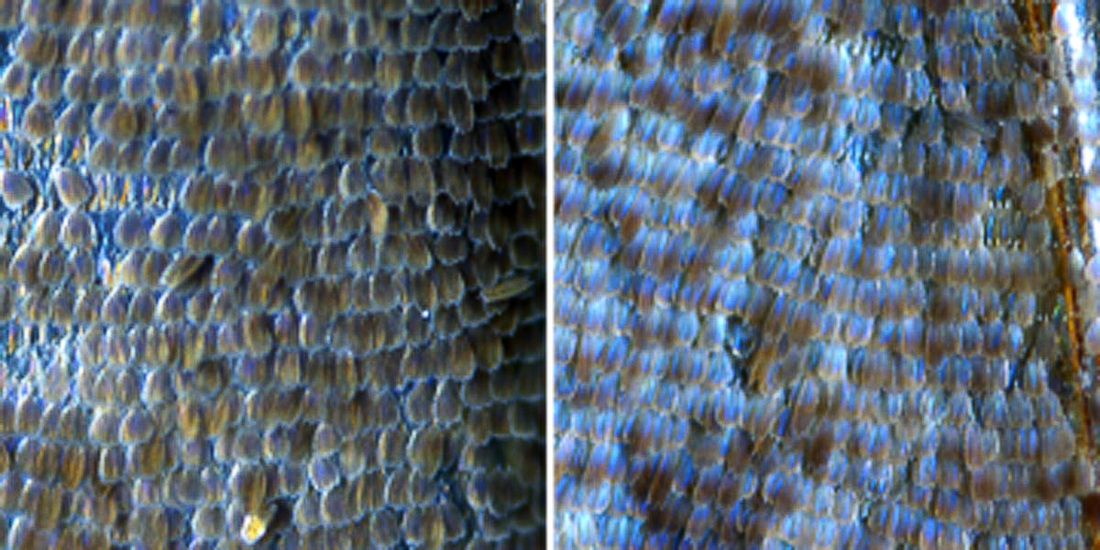 The wing scales of B. anynana before (left) and after (right) changing their thickness to reflect more purple.  Photo credit: Antónia Monteiro