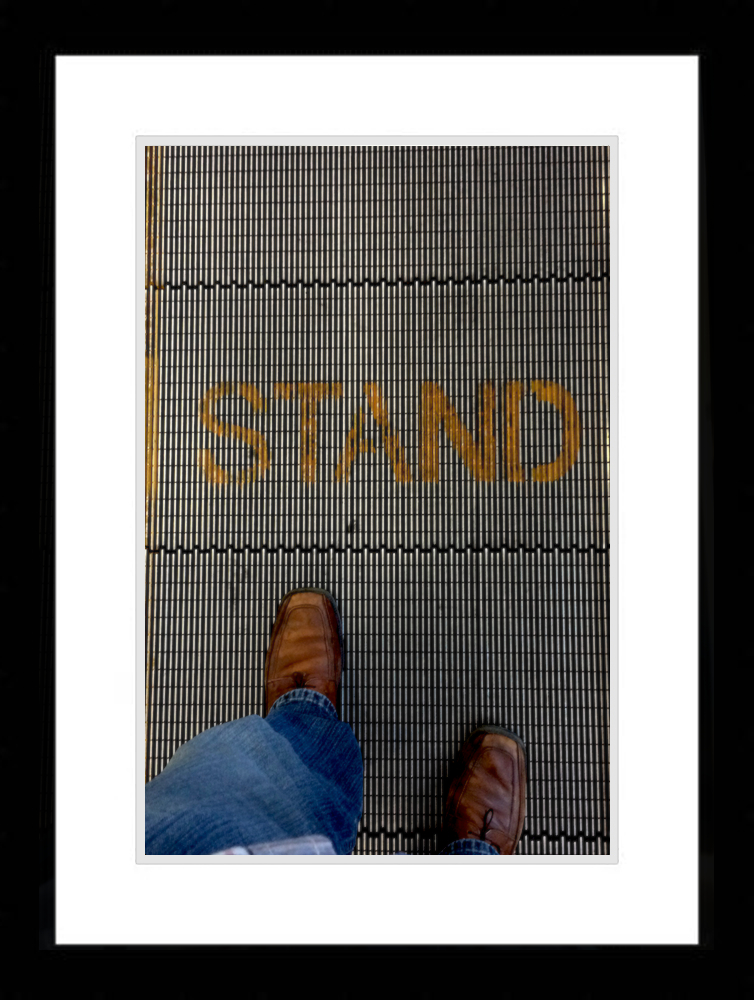 I had gotten off the plane a few minutes before from a couple long flights back to Michigan from the Great White North up in Alaska. Of course we had been packed into the plane, which really isn’t too bad on a regular shorter flight, but the lack of leg room at my height adds up after a six hour flight. When I hit this moving sidewalk though, something about looking down and seeing this printed below me brought a smile. One day I’m sure I’ll look through a different set of eyes that would have a deeper insight into what we could be standing for, as opposed to just enjoying a fresh set of legs after a flight, but for now, we’re still just focusing on the experiences, not what they could be or mean.

Taken with an iPhone 5s.