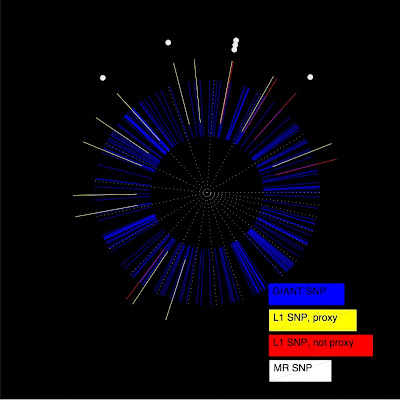 2000+ views in 4 months is not bad considering that this is a genomics paper but uses terms like phase transition, sparsity, L1-penalized regression, Gaussian random matrices, etc. I wish I knew how many views the arXiv and BioMed Central versions of the paper have received. Related posts.

Total accesses to this article since publication: 2266

This figure includes accesses to the full text, abstract and PDF of the article on the GigaScience website. It does not include accesses from PubMed Central or other archive sites (see http://www.biomedcentral.com/about/archive). The total access statistics for your article are therefore likely to be significantly higher. …

My guess is still that it will take some time before these methods become widely understood in genomics.

Crossing boundaries: … In a similar way Turing found a home in Cambridge mathematical culture, yet did not belong entirely to it. The division between ‘pure’ and ‘applied’ mathematics was at Cambridge then as now very strong, but Turing ignored it, and he never showed mathematical parochialism. If anything, it was the attitude of a Russell that he acquired, assuming that mastery of so difficult a subject granted the right to invade others.

PS I will be at the ASHG meeting in San Diego later this month along with (I think) all of the other authors of the paper. Vattikuti will be giving a poster session.