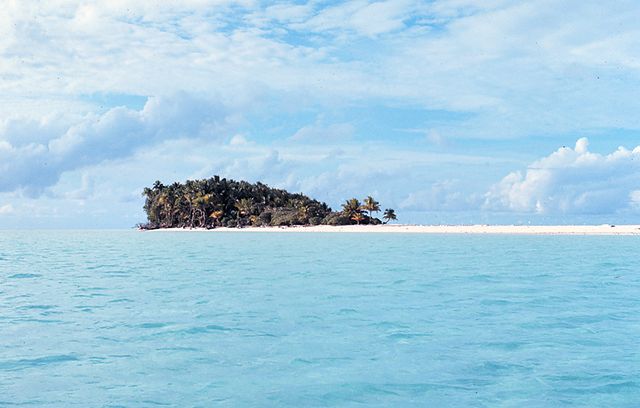 I’m trying something interesting with my French “students” this semester. I’ve long been fascinated with thought experiments that involve restarting civilization from scratch: As a freshman at BYU, I was lucky enough to participate in such an experiment, and it’s been on my mind ever since. Inspired by that experience, I once tried (with mixed results) to do something similar in a debate class I taught, and now I’m giving it another whirl. What I’m doing this semester is adapting the quirky and obscure role-playing game Tribes to fit my Integrated Language Option‘s project of thinking about what the ideal culture, society, and government are (with some inspiration from Francophone countries). The way that I’m approaching this is to have my students imagine that in the year 2029, they’re shipwrecked with their future families on a desert island with no chance of getting back home; we’re then using a combination of Tribes (a game about prehistoric humans trying to survive) and other class discussions/activities to simulate the experience of recreating civilization by weighing both ideals and practical considerations.

Today, I explained some of the basic rules of the game. Each time that we meet (that is, each game turn), they have to provide a certain amount of food for each member of their family: adults eat more, and children and pets eat less. We’ll cover the game’s rules for hunting and gathering in a later class, but since the game has players start off with a certain amount of food already, I decided to use that as a lesson by itself. I explained to the students that the ship they’d been on had some food stores that they could take with them to the island. However, instead of equally apportioning out the food the way that the game says to, I gave my students a total amount of food and asked them to take charge of dividing it up between them. In a previous class, I had had them describe their “ideal families” as they saw them fifteen years in the future, and, as I’d hoped, there was a fair amount of diversity in these ideals. When I turned the task over to the students, they had to consider these families’ different needs, practical considerations of where to keep the food, and even issues of private versus public property.

Things went better than I had even dared to hope! First, the activity was just great for getting them to use the language. I got to take a backseat for the first time this semester and let them talk amongst themselves, using numbers, comparatives, and some of the other vocabulary that we’ve reviewed over the past few weeks–we even learned some new vocabulary together, since it was also my first time talking about shipwrecks in shallow waters in French. Second, my students really took the activity seriously and used the game in exactly the way that I’d hoped: as a way to imagine and even operationalize ethical dilemmas. They debated whether a dog’s life was worth as much as a human’s (and even, if jokingly, asked when a dog’s value in calories outweighed its value as a member of the family). They weighed the value of perishable food against imperishable food and used that to inform their decision of what to ration out first. They wrestled with questions of how much to trust each other, and they even wrote their first “law of the island” by keeping most of their food in a community reserve and creating a punishment for anyone who stole from the reserve.

This (relatively) short discussion, while they drafted their law, was the most amazing part of the entire class. Without my prodding them to do so, they discussed whether only the thief should be punished or whether the thief’s whole family should bear the burden of the individual’s crime. Taking seriously their project to develop an “ideal society,” they discussed how those alternatives might or might not lead to inequalities and stratified social classes. This, to me, was a sign that we were heading in the right direction. I honestly don’t know if every “game turn” will be as productive as this one, but this one gives me great hope. My students took a game and used it to talk ethics, government, and society. It gave them something more tangible to work with than just chatting about ideals, but it also gave them practice with these important issues in a safe environment where making mistakes wouldn’t cause problems in their actual lives. I’m looking forward to seeing what the future brings!

Hi there! My name is Spencer Greenhalgh, and I am a student in the Educational Psychology and Educational Technology doctoral program at Michigan State University. I came to Michigan State University with a strong belief in the importance of an education grounded in the humanities. As an undergraduate, I studied French and political science and worked as a teaching assistant in both fields. After graduation, I taught French, debate, and keyboarding in a Utah private school before coming to MSU, where I plan to study how technology can be used to help students connect the humanities with their lives. I have a particular interest in the use of games and simulations to promote ethical reasoning and explore moral dilemmas, but am eager to study any technology that can help students see the relevance of studying language, culture, history, and government.