Sorry my posts have been somewhat sporadic recently.  I might not post the next week because I am grading my students’ project proposals, so here’s some cool monarch butterfly research to keep you entertained in the meantime!

You probably know (especially as a reader of my blog) about how eastern North American monarch butterflies undergo a huge migration every fall and spring (western monarchs have a slightly smaller migration to and from California and Arizona).  New research on the monarch genome shows that North American monarchs dispersed into Central and South America, which is opposite of previous beliefs that the North American monarchs were younger. Monarchs in Central and South America, and in other parts of the world, don’t really migrate.  The scientists found that migrating monarchs have lower levels of a collagen gene that is used in flight muscle formation.  Migrating monarchs can fly farther due to a lower metabolic rate and lower oxygen consumption.

It’s cool to find out that monarchs from different places, even though they are the same species, have some genetic differences that create differences in their physiology! 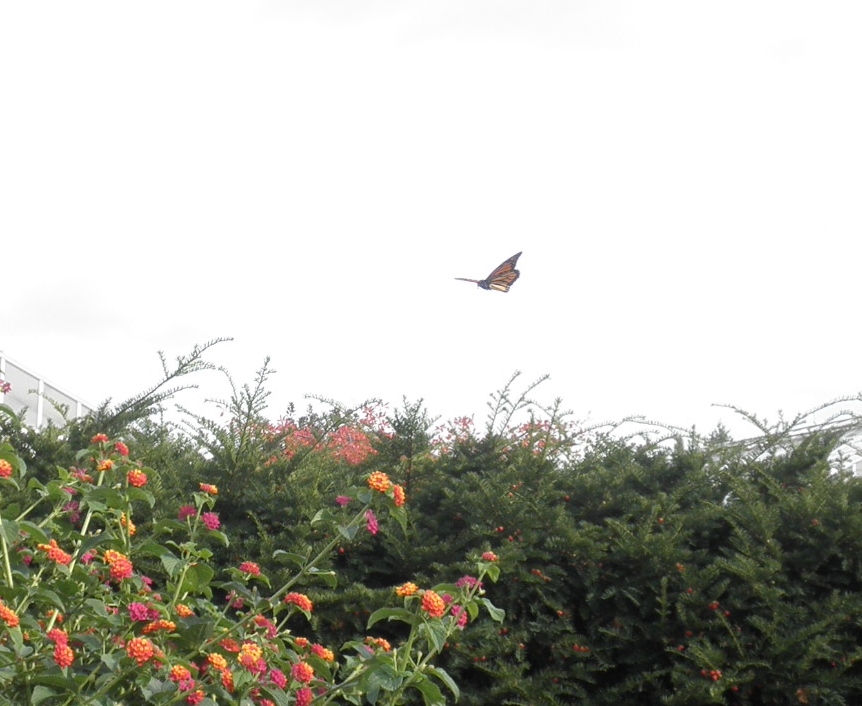 A migrating monarch in Michigan preparing to land on a nectar plant. Photo taken by me, September 2011.