Lakes made of asphalt (commonly known as tar or pitch) are found around the world in areas where oil deposits seep up through sedimentary rock. (See my previous post on tar lilies for descriptions and technical details on different components of oil and how they come to the Earth’s surface.)  AtlasObscura’s article provides some fascinating information about Pitch Lake in Trinidad, one of the biggest asphalt lakes on Earth that was visited by Sir Walter Raleigh in 1595 (he used some of the asphalt to waterproof his ship). Rancho LaBrea in Los Angeles has provided scientists over one million (!) vertebrate bones so far from its “tar pits,” and even had a Pleistocene age named after it because so much information on prehistoric animals was discovered there.

The following photos were all taken by me on a visit to the LaBrea Tar Pits in 2011. 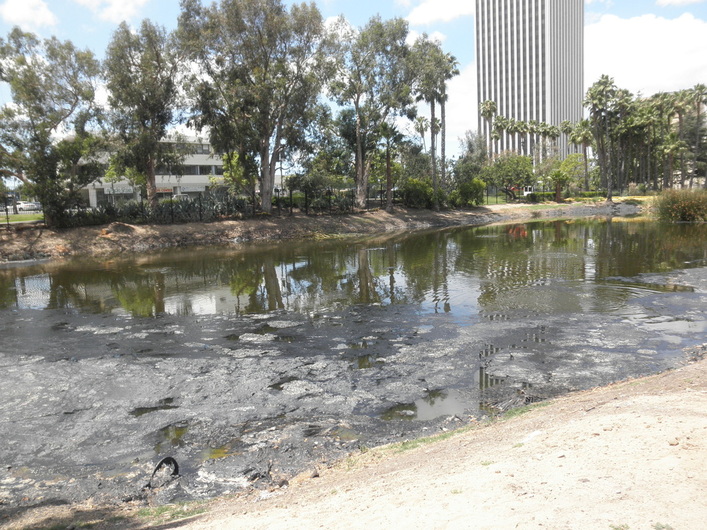 One of the tar pits.  It is somewhat ridiculous to me that they are surrounded by skyscrapers and buildings just a few feet from their edge (but I guess it is valuable L.A. real estate). 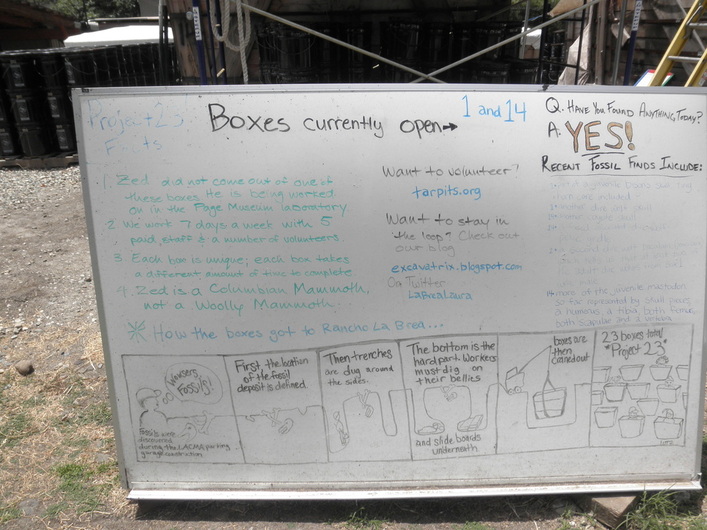 A white board with a nice comic at the bottom showing just how, exactly, staff and volunteers at the Page Museum remove fossilized animals from the tar pits (it’s not like you can just yank bones out of the sticky or hardened tar!). 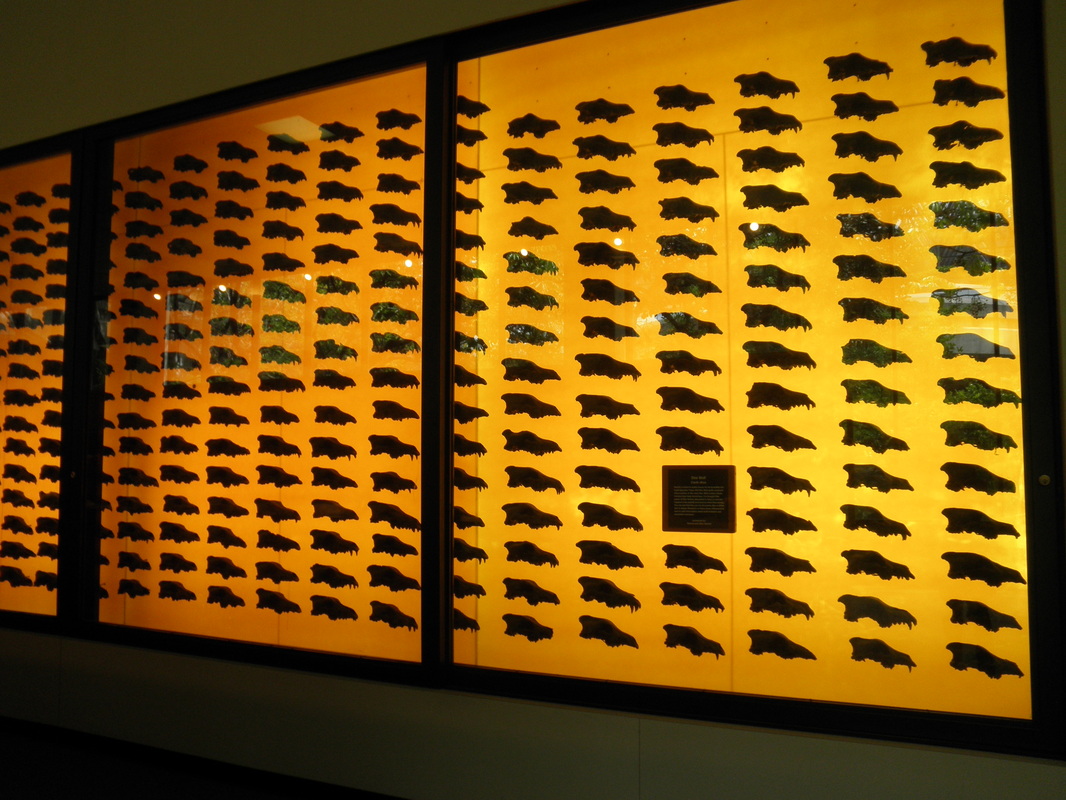 THOUSANDS of dire wolf skulls have been found at the tar pits! (fossils from over 4,000 have been found, in fact!)  Dire wolves may have been lured to the pits in such large numbers for an easy meal of larger herbivores, such as bison or mammoths that became stuck there . . . but it must not have been such an easy meal after all since so many dire wolves perished there!

Let’s travel away from the Earth for a minute . . .
It turns out that Titan, Saturn’s largest moon, has seas and lakes of liquid hydrocarbons which could provide about 40 times the volume of all oil reserves on Earth!

Click below to read all about these neat places:
http://www.atlasobscura.com/articles/nature-s-time-capsules-a-guide-to-the-world-s-pitch-lakes