This was originally written for Michigan Radio’s “The Next Idea” which included an interview with Zoe Clark that aired yesterday on their program “Stateside” and that can be listened to here. (scroll to the bottom of the page to see the audio link)

The Next Idea
In the recent elections last November, Michigan had the lowest turnout, percentage-wise, since 1990. Recent national polls show more citizens lack trust in elected officials to serve the public good over private interests than ever before. Elections across the country are now more driven by the excessive wealth of a few, mostly white males, who also help shape the issues discussed, and when they are discussed. What’s happening here?One might deduce from these discouraging facts that the majority of Michigan voters, like those across the country, have given up on our democracy. I would go one step further and ask:
Are we truly aware of what it’s like to even live in a “real” democracy? 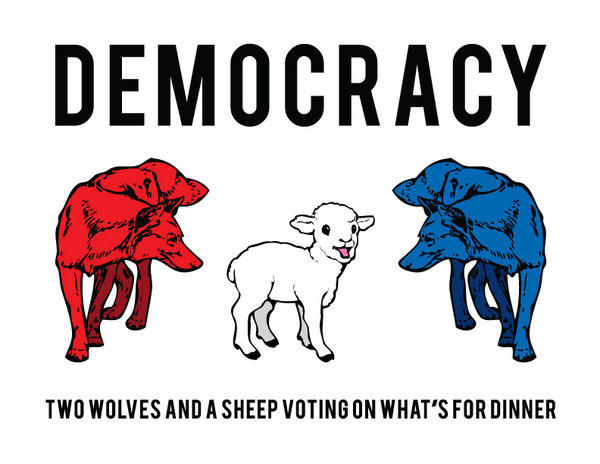 That’s exactly the question posed by Canadian scholars James Cairns and Allan Sears in their eye-opening 2012 book The Democratic Imagination. They are not simply satisfied with the conception of democracy only as a form of government like the versions practiced in the U.S., Canada, and other nation-states, which they refer to as “official democracy.” They push us to imagine the democratic ideal, one they describe as “democracy from below.” What might that look like for us? What might possibly get citizens engaged with directly governing ourselves again?

When I became a Clinton County commissioner in 2006, I found that our budget-setting process was set in stone. Once the county administrator compiled the draft budget and gave it to the Board of Commissioners for discussion and adjustments, there was a public meeting held at the county courthouse to share the revised budget plan with citizens and answer any questions. Never did I see more than a handful show up, and rarer still were there questions posed. The board then voted to approve the budget, having done the minimum to get citizen input. I suggested the following year that we take the budget on the road to get feedback from citizens closer to their backyards. My colleagues were not quite ready for this democratic innovation. The system had been working fine for years the way it was.

Yet I believed then, and still do, that bringing more people into the budgeting process could have a profoundly positive impact on our democratic system in Michigan.Given the growing frustration and distrust of partisan politics in Michigan, perhaps we’re approaching the very crisis that could provide the opportunity to build a better democratic governing system for the citizens of Michigan.

In 2011, the American Political Science Association Task Force on Democracy, Economic Security and Social Justice in a Volatile World produced a report entitled, Democratic Imperatives: Innovations in Rights, Participation, and Economic Citizenship. It examined the decline of democratic engagement, economic security, and social justice, and offered a number potential pathways out of this malaise.
In the introduction to their report, the authors note:

“Crises are moments of great intellectual opportunity: They unsettle conventional wisdom, disrupt political complacency, offer unexpected insights and pose difficult and uncomfortable questions in urgent ways. The present crisis provides an opening for scholars, activists, practitioners, and citizens to question and challenge some of the dominant narratives that have shaped the recent thinking and debate about politics.”

Given the growing frustration and distrust of partisan politics in Michigan, perhaps we’re approaching the very crisis that could provide the opportunity to build a better democratic governing system for the citizens of Michigan.

So what’s the Next Idea?

One of the innovative ideas that emerged from the report was the concept of participatory budgeting. Participatory budgeting allows citizens to set priorities and deliberate over the allocation of the budget for their community. This is a much closer version of what Cairns and Sears call “democracy from below.” The origin of the concept is credited to Porto Alegre, Brazil, where, since 1989, up to 50,000 residents have turned out each year to decide how to spend as much as 20% of the city’s annual budget.

When I was teaching at Michigan State University, I would invite our campus budget officer to come in to discuss the university’s budget. He would lay out the revenue streams and expenditures and then used visual software that allowed students to see how the numbers would play out if you adjusted tuition up or down a percent, or increased financial aid, or cut energy use by 10%. Students consistently remarked on how eye-opening this was. For someone teaching concepts of sustainability, it offered me a way to help students see the relationships between two seemingly unrelated items. More importantly, perhaps, it demonstrated how the decisions made to allocate resources affect both what we do and what we don’t do.

The Participatory Budgeting Project notes that there are 1,500 communities and institutions, including states, counties, school systems, colleges, and public agencies around the world that have instituted some level of participatory budgeting. There are many approaches that can be used for implementation, but most follow a similar process:

For example, if community members identify alternative transportation as a priority, their delegates might develop a proposal, say, for more bicycle lanes or a bicycle-borrowing system. The residents would then vote on this and other proposals, and if they are approved, the city pays to see them completed.

Participatory budgeting has multiple benefits. As citizens become more engaged in the budget process, they see more clearly the complexities that budget officers and elected representatives wrestle with in figuring out how to expend taxpayers’ money. This can add trust — or at least some measure of respect — towards the bureaucracy. The city or other budgeting entity also receives fresh ideas and a new mix of possibilities they may otherwise have missed out on. Finally, when the community votes on the budget, there is more buy-in to the outcome, because the process has been more open and democratic.

This change will not repair all that is broken in our democracy, but it will shift the tone in the right direction. Given our state’s recent financial hardships and the many efforts to diversify the economy and rethink the way we do things here in Michigan, we have a window of opportunity to disrupt our growing political complacency. That window, however, won’t remain open forever.