To clarify that (I hope), consider the two variable MILP illustrated in Figure 1, in which \(x\) is a general integer variable and \(y\) is a continuous variable. 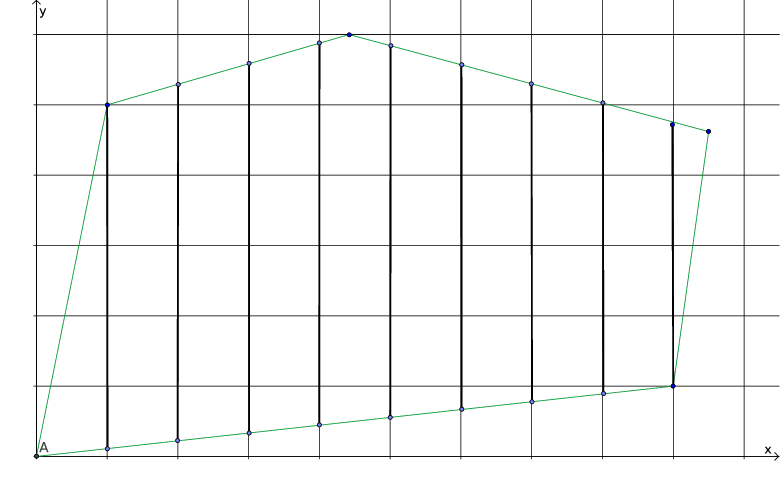 The feasible region consists of a bunch of disjoint line segments (integer abscissas \(x\), arbitrary ordinates \(y\)), along with an isolated point (labeled A). If we relax the integrality restriction on \(x\), we get the convex polytope shown in Figure 2, which is the feasible region of the LP at the root node. 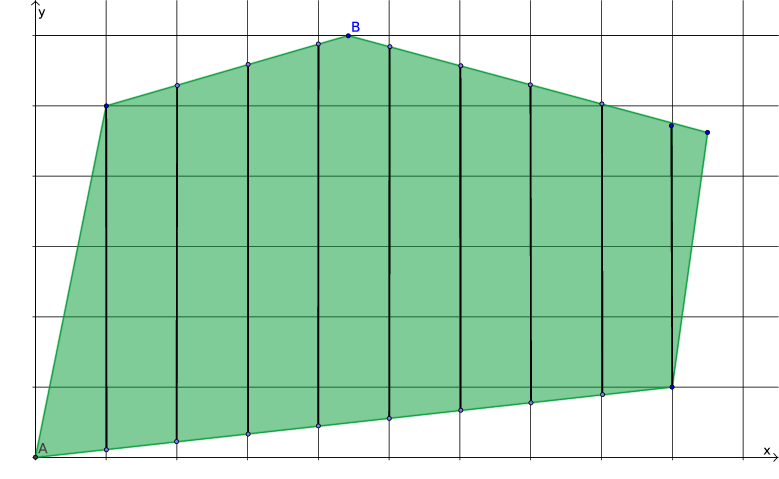 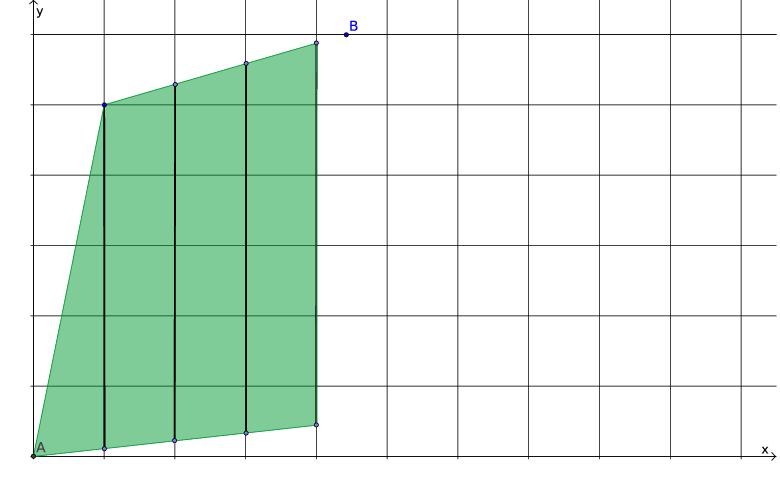 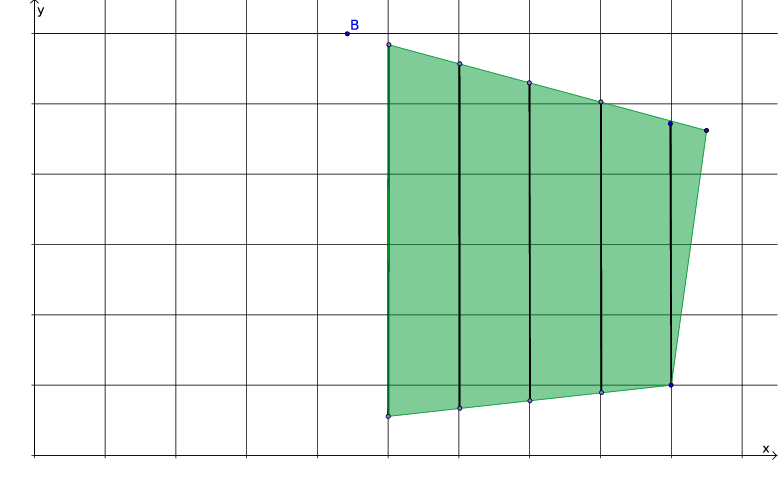 I left point B in both figures as a point of reference, but it does not belong to either feasible region.

In this particular (rather trivial) example, the maximum value of y in both children occurs at an integer-feasible point (a corner where \(x\) happens to take an integer value), so there will be no further branching. More generally, the algorithm might choose to split either child into either smaller chunks, etc.

My apologies if this all seems quite basic; it is building up to the next post, where I hope to answer a not entirely trivial question.