Jonathan Wai writes in Quartz about returns to elite education in the US. Wai also notes that more than ten percent of all Senators, billionaires, Federal judges, and Fortune 500 CEOs hold Harvard degrees of some kind. 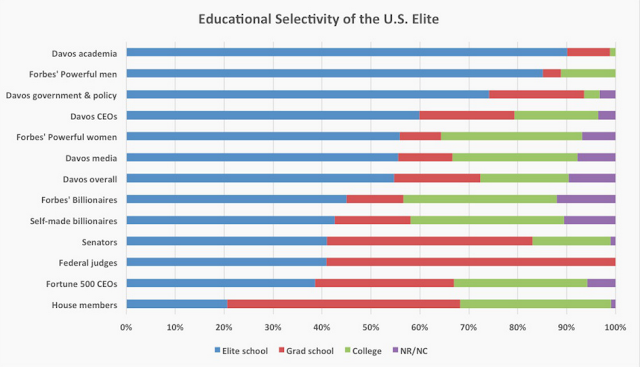 Blue = attended elite undergraduate college or graduate school (no more than ~few percent of US population, so highly overrepresented in the groups listed above).

Red = earned a graduate degree but did not attend elite school.

Green = earned an undergraduate degree but not in either category above.