A good friend and former colleague, Dr. Frank Fear, recently blogged at The Sports Column about the funding of higher education sports programs, where the subsidies are, to put it kindly, crazy. 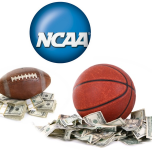 His analysis shows how important big dollars are to run the big time collegiate sports system, whether subsidized by university budgets, alumni, or fans..

The growing cost of higher education and the escalating student debt have nudged the pundits to call for more tax support for higher education, more online courses, and even the end of tenure as Scott Walker, Wisconsin governor is trying to engineer in the University of Wisconsin system. Seems like job security even for those who invest in a good education is now in question. As Prof. Michael Schwalbe recently notes in his otherwise pessimistic review of the professorship, being a professor is a great job.

So let’s put all these forces in perspective – costs climb, debt rises and so does inequality. Could there be at least a partial simple repair? How about a having a serious discussion of what is decent/sufficient pay and the what is indecent – either too little or too much? While we might begin by talking about a minimum wage or a livable wage, how about starting from somewhere closer to the middle.

The U.S. Median (not the average) household income (50% of households make more, and 50% make less) is approximately $50,000 [$51,939 from latest government figures] before taxes. So let’s start there. That’s roughly $1,000 a week or $25/hr for a 40 hour work week. While a family may have shelter, food, and clothing covered with that level of income, they won’t be taking distant vacations, eating at fine restaurants or attending many concerts on that income. But it sure beats the federal poverty level – by a factor of two.

The US Poverty level as of January 2015 is listed below:

A family of four that makes essentially less than half the median household income is determined to be in poverty. Notice that while the incomes of the 1 percent have increased 120 percent between 1979 and 2006 the income for the bottom 20 percent fell 4 percent and the middle class made a modest 15 percent gain. (Scott Myers-Lipton, Ending Extreme Inequality: An Economic Bill of Rights to Eliminate Poverty, 2015

So here’s an example that has been tested successfully over time – Mondragon. The uber successful family of cooperatives in Spain has a six times rule. The nearly 75,000 employee-owners of the tenth largest business in Spain share the profits more equally. See the recent interview with Mondragon president Josu Ugarte in the recent issue of Too Much for more on how that system works.

If  we employed this ratio at my former institution, the top pay based upon lowest paid full-time employee would be about $140,000 or three times the median HOUSEHOLD income. Most of us should be able to live a pretty decent life on that income, even better if we’re married to a partner who is bringing in additional income – heck, it’s nearly three times the median income. Certainly, those choosing to work in public university should not be expecting to get rich, again in Schwalbe’s vision they are able to enjoy the perks of “status, autonomy, and control over one’s work.”

Of course, MSU’s president earns more than $140,000 – 5 times more, $750,000, or approximately 30 times the lowest paid MSU employee. Her salary, while surely well above the median isn’t the highest in the land and the value to the institution of paying college presidents higher salaries, as noted in a recent New York Times article is at least debatable. But that salary is a mere pittance compared to MSU basketball and football coaches – Tom Izzo ($4,000,000 or 135 times more) and Mark Dantonio ($3,600,000 or 125 times more than the lowest paid employee – not the players, of course). Beyond these sky high salaries are many, perhaps hundreds of other university employees -mainly some administrators and faculty  who earn more than six times the lowest paid employee at MSU.

I don’t suspect that the ratios change all that much at the larger schools with big sports programs where the coaches make more than anyone else.See the interesting graphic below! 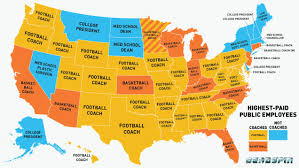 A thoughtful review of addressing this inequality via increasing either the minimum wage or establishing wage ratios, like Mondragon’s  is available here.  Among some of its key points are:


With the accumulation of more and more wealth into the hands of the few comes a more fearful reality, increasing the power that comes with it. Power to resist change, power to open doors, to make connections, power to lobby for what one wants to maintain or power to increase their wealth and power even more. Changing the rules to benefit the larger portion of society becomes more and more difficult, as the system rigs the game for those with wealth/power. We see this in extreme cases of Donald and Edward Koch, George Soros, and others who shape elections, shift markets, and gain more and more power and wealth because of the use of their great wealth.

Establishing wage ratios won’t solve the whole income inequality problem, especially  global inequality. But it will apply a necessary brake on a runaway train. Other policies could be built on it. For example:

Making these changes would lower costs, decrease debt and/or increase the buying power for those now working in poverty. Let’s quit picking on the folks trying to scape by.