One way of thinking about social welfare spending is in terms of spending focused on older adults and the forces within a country that lead to a “pro-elderly bias”.  There is no doubt (or is there? another post for another day) that older adults have more power in some countries than others.  In terms of patterns of welfare spending, the United States, according to Pieter Vanhuysse, is one of the most “pro-elderly biased” among OECD countries while Finland is one of the least.  While many studies have looked at how population aging has influenced spending on particular programs, less attention has been paid to how the welfare state as a whole or how models of welfare spending evolve as the population ages.

To look at this Vanhysse and his colleague Markus Tepe have developed what they call the elderly/non-elderly spending share (ENSS).

(Be gentle with them, dear readers. They are economists by training.  And before one of you reminds me of my BA in Economics, I will point out that there’s a reason I didn’t continue down that path. Still, economists have their uses.)

The ENSS is the ratio of total spending on programs that are clearly targeted toward older adults (eg., pensions, survival benefits) to social welfare spending as a whole.  The higher the ENSS, the more “pro-elderly” the system.

The average ENSS from 1980 to 2003 for Finland is about 50 and for the US is about 75.  To put that in a broader context, the US is one of the most heavily “pro-elderly” biased countries in the OECD along with Greece, Italy, Germany, Austria, Portugal, Japan and Switzerland. The Netherlands, Belgium, Ireland, and the Nordic countries (which, of course, includes Finland) are among the least “pro-elderly”.

(I have to pause here briefly because I’m tired of putting quotes around “pro-elderly” (there I go again).  This is Vanhuysse’s term and it clearly means pro-elderly in a very specific and narrow way so I’m sticking with it for now – sans quotes – and will unpack issues of age-related biases, pro or otherwise, another time.  There are only so many hours in the day and I still have papers to grade).

Back to the initial question – does population aging lead to these differences?  The short answer – nope.

Aging populations has increased overall spending on pensions and related programs, but it’s also led to smaller individual benefits.  The pie may have gotten bigger, but  it’s cut into smaller and smaller unsatisfying pieces.  (You knew I’d get to the pie at some point, right?)  In fact, countries like Denmark, Finland, and Sweden have lower ENSS values than the US largely because they have made longstanding investments in family-friendly and active labor market policies that positively effect everyone, including older adults.  Long-term political and institutional processes explain so-called “pro-elderly” biases, not the proportion of the population that is over 65 or will be soon.

Vanhuysse gives some examples of generational policy processes to illustrate, two of which I mention here:

The alarm bells that are regularly ringing about the effect of aging on, in the US, Social Security and Medicare may forestall radical cutbacks.  That would be politically risky for politicians hoping for the votes of older adults in the next election.  It may, however, accelerate incremental changes so it looks like they’re doing something (hence the incredibly shrinking pie pieces, if not the incredibly shrinking pie).

Political efforts around narrow issues, like Social Security benefits, are only successful in democracies where there is solid organization of those who are effected (older adults) AND there is already a high level of pro-elderly spending.  Or consider the flip side, young families will have better luck demanding state provided childcare when there is intergenerational support for it AND there is already significant state spending in public childcare. 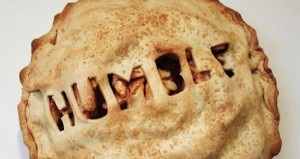