On November 10, Michigan’s State Board of Education voted to adopt a new set of science curricular standards. By and large, these new standards are the Next Generation Science Standards (NGSS), a set of curriculum standards designed to promote a conceptual understanding of science knowledge and the skills that scientists use.

This follows a trend that has seen more widespread adoption of curricular standards that have been collaboratively developed by parties from across the country, like the Common Core State Standards (CCSS). Like the CCSS, the Next Generation Science Standards have faced opposition in Michigan and elsewhere, which means that the politics that have come to surround these movements will likely play an important role the implementation and survival of these new standards. 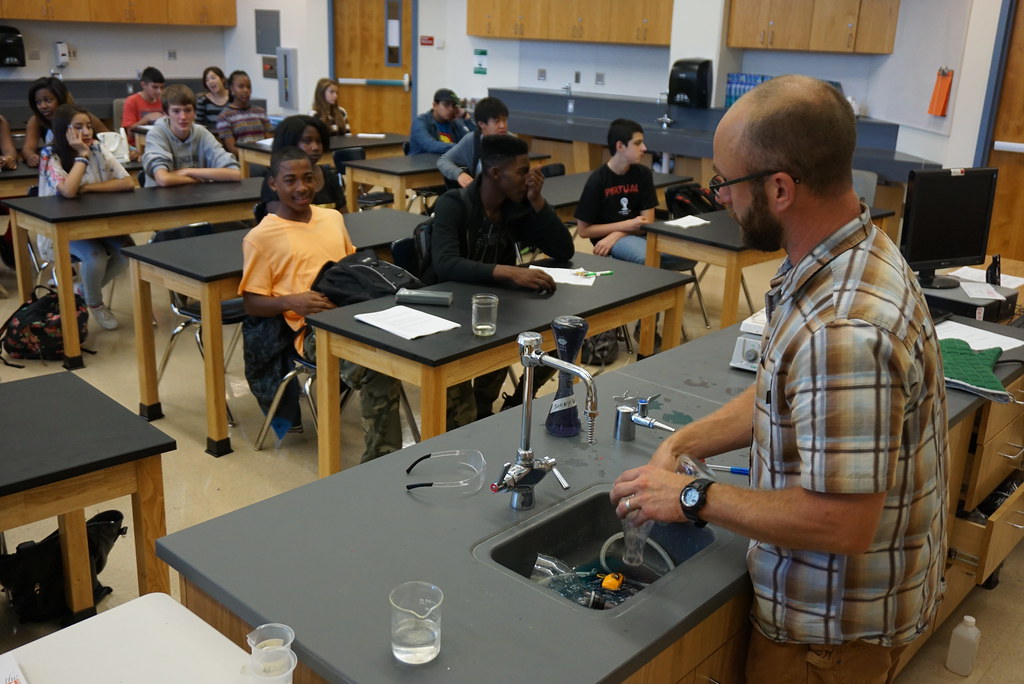 Michigan’s new science standards draw heavily on the Next Generation Science Standards (NGSS), which were developed through a combined effort among 26 lead states and were released in 2013. These new standards focus on what is called three-dimensional learning.

Three-dimensional learning involves the integration of scientific practices (the methods used in science), core ideas (key knowledge and concepts in a particular branch of science), and crosscutting concepts (fundamental ideas that are important across multiple branches of science-like energy). By emphasizing “big ideas” as opposed to imparting facts to students, this approach is significantly different from the structure of science that most have been exposed to in school.

Because the changes in the new curriculum are so marked, the rollout of the new standards is scheduled to take place over a 7-year period.

The Road To Adoption

Michigan’s adoption of these new standards was neither quick nor without controversy. Shortly after the Next Generation Science Standards were released, a bill was introduced into the Michigan House of Representatives that would have prevented the state from either adopting the standards or aligning with them. However, the bill received little support and died in committee. That same year, the Thomas B. Fordham Institute released an evaluation of the NGSS that rated them as mediocre overall and comparable in quality to Michigan’s existing standards at the time.

Needless to say, this slowed the momentum behind the NGSS in Michigan. To better understand the differences between the NGSS and Michigan’s standards at the time, the Michigan Department of Education (MDE) and Wayne Regional Education Service Agency contracted an external evaluator to compare the two sets of standards in 2014. That evaluation found the NGSS to be superior to Michigan’s then current standards and recommended that they be adopted to improve science education in Michigan, which fueled new efforts to do so.

2015 started movement in this direction. The Michigan Department of Education began working on new science standards, drawing heavily on the NGSS in the process. Once the new standards were developed, MDE held several public forums throughout the state and also solicited feedback online (the results of which can be seen here) to gather public opinion. Then in early November, the State Board of Education voted to adopt the new standards.

Response to the development and adoption of the standards has been generally positive. They have been favorably reviewed by the Michigan Science Teachers Association, the Michigan PTA, and science education experts. However, they have not been without their detractors. Earlier this year, a second bill was introduced into the Michigan House of Representatives that would prohibit the use of the NGSS in Michigan, though no action has been taken on it. The standards have also received opposition from Stop Common Core in Michigan, which advocated against the implementation of the CCSS last year and opposes the new science standards for similar reasons.

The Future Of The New Science Standards

Though these new standards have now been adopted, the impact they will have on science education in Michigan remains to be seen. A seven-year implementation period may seem sufficient to transform science education in Michigan, but changing educational practices has been notoriously difficult. If these standards are to achieve their goal, teachers, education leaders, and policymakers will need to make a continued, concerted effort in this direction.