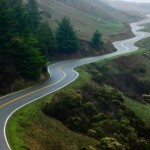 In 2015, the Affordable Care Act provided health coverage for over 11 million people who were previously uninsured.  Despite this apparent success, the Affordable Care Act’s future is uncertain. Whether or not opponents will truly be able to overturn the ACA at some future point, it’s clear that they will continue to put up roadblocks wherever possible.

But why?  Why did we end up with such massive health care inequalities while other industrialized, democratic countries have universal coverage?  What might have been different in the U.S. today if a different thread or two had been pulled?

A recent article by Dr. Jesse Bump from the Harvard School of Public Health provides some insight.

He looks at the historical context for the development of universal health care in Germany and the UK with the US and its continuing resistance to universal health care as a comparison case. Finland is my ongoing point of comparison and is frequently held up as the poster child for education, family leave policies, and other social programs.  We can learn a lot from Finland.  But it’s a relatively young country in its current configuration (Finland declared independence from the Soviet Union in 1917).

Germany and the UK are more similar to the U.S. historically and culturally.  Each country faced many of the same forces during these times when they moved to universal health care or it was up for discussion – industrialization, the growing economic importance of industrial workers, and the significance of unions. Social upheaval is often a window of opportunity for big change.  In Germany and the UK the result was universal health care, but not in the US.

It wasn’t because the mechanisms for financing and delivering care were different.  Those systems came before decisions about health care expansion and remained basically unchanged after the move to universal health care in Germany and the UK and were were adapted rather than refashioned.

It wasn’t because it was more politicized in the US.  In fact, discussions around universal health care were highly political in all three countries.  That’s not surprising because it involved issues of rights to benefits, responsibilities to pay, and redistributing resources.

Nope. The bottom line was people.  The governments in Germany and the UK expanded social protections because the citizens demanded it.  In the US, workers were suspicious of compulsory health coverage and didn’t want to pay for services they weren’t going to use.  So instead of universal health care there were incremental expansions to Medicare and Medicaid in the 1960s, other attempts at change along the way, and the ACA in 2010.  In this light, it seems that the path in the US toward greater social protection is slower, but maybe not completely derailed. And if we, as the citizens want further expansion, we need to make more noise and vote accordingly.

I’d love to hear your experiences with the ACA or other health care coverage and access experiences from the US and around the world.  That’s bad and good experiences – really, I mean it!

What do you think people should know? What questions do you have? What would you like to learn more about?