The events on New Year’s Eve at the Cologne Central Train Station have been instrumentalized, politicized, criminalized, sensationalized and radicalized. The amount of attention paid to Cologne has also made the event itself a national metaphor. Depending on your political position, Cologne can stand in for right-wing arguments that Germany is being invaded by macho Muslim sexual predators and terrorists, or left-wing arguments to prove the racialization and oppression of Muslims in Europe. Cologne is either a remarkable example of sexualized violence that reflects the violent and sexist tendencies inherent to Islam, or serves as a catalyst for sexual assault prevention advocates to assert that sexualized violence is part of a global rape culture. The use of Cologne as evidence for many ideologies is perhaps the reason why, in an interview on 3sat, the literary critic Barbara Vinken called this a “toxic” scenario that is dividing the country. This summary points out for American readers who some of the main people and what some of the main arguments are in these debates.

Perhaps the first point of order is to call to task those figures who have been especially toxic in their comments. Toxicity arises in political debates because not all arguments are created equal. Not all ideologies are rigorous.

Alice Schwarzer, a prominent German feminist, has given us a remarkable example of a polemic argument in the form of a blog post called The Consequences of False Tolerance. She posted this essay on January 5th as investigations into the events at the train station were just beginning. Schwarzer has long been part of a political camp convinced that Islam and Muslim men are violent, and the very first sentence of this post plops us into a situation of extremes:

For the lucky ones who weren’t at the Gang Bang Party around the Cologne Train Station on New Year’s Eve: On Focus Online there’s a video where we can see how young men of Arab or North African background are playing war in the middle of Cologne.

Schwarzer is more than happy to use the behavior of a group of young men to essentialize the traits of all “Arab and North African”-looking men – and to exaggerate and valorize their behavior through sarcasm that portrays the activities as entertainment and hypermasculine. It may sound mundane, but before I call Schwarzer a racist, I should define what I mean. Racism is the essentialization of a trait (such as masculine violence) as a characteristic of all members of a certain group. Characterizing “Arab and North African” as violent, as she does here by portraying rape and war as the behavior of men defined by their presumed (but not confirmed) ethnic identities, essentializes these groups as uniformly violent. The association is racist, independent of what Schwarzer may think.

Of course, Schwarzer doesn’t care. She mentions how journalists – this time a Spiegel reporter – call her racist over and over again; she says they have been doing so for the past thirty years. Her response is to simply insist that her racism is factual; that there are consequences for not acknowledging that young men who have grown up in “traditional”paradigms and who participate in street “warfare” become perpetrators. Her calls for integrating young men sound more like a white man’s burden than an intersectional feminist argument:

When we take them in, they also have the right to be given a chance: the chance to become respectable human beings.

Schwarzer is not rigorous in her argumentation, but rather repeats old tropes and pastes them – crookedly – onto new events. ZDF tweeted yesterday that many of the perpetrators have refugee status (15), yet for Schwarzer, “these young men are the sad product of a failed, rather a never really attempted, integration.” While refugee status tells us little about how long a refugee has lived in Germany, how can refugees who have newly arrived be the product of longstanding policies in Germany? 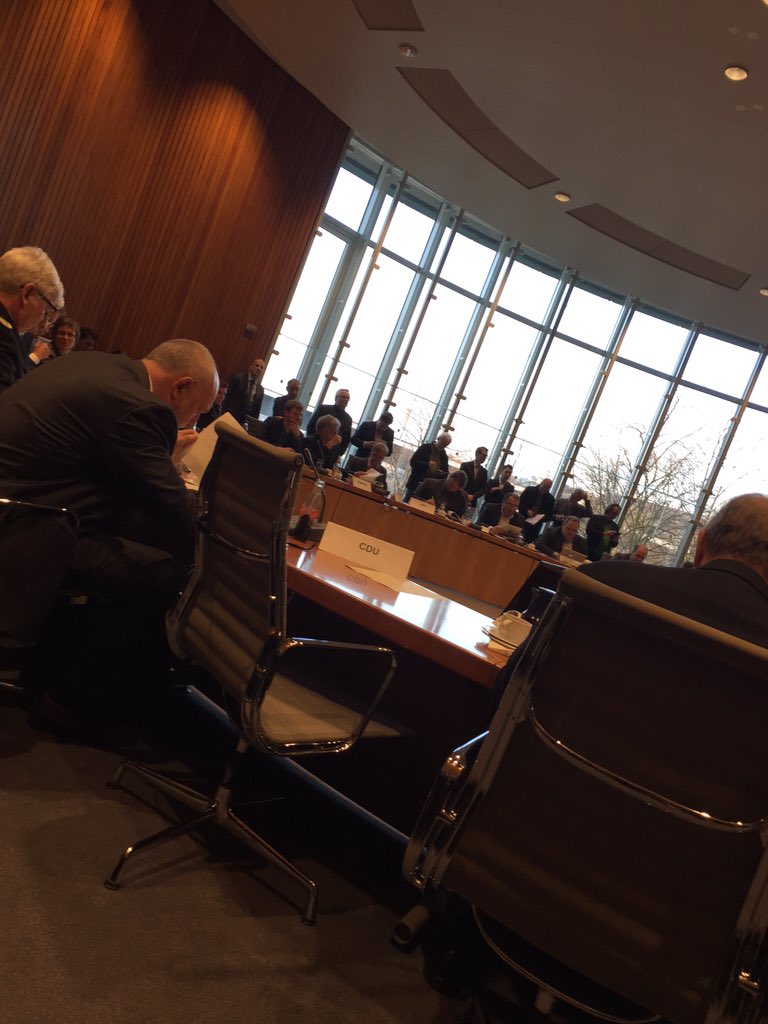 Pegida , which had had a hard time finding supporters in Cologne before NYE, took it upon themselves to capitalize on the events, and protested with massive numbers in front of the Cathedral (which is right next to the train station) on January 9th. The police had to break up the protest due to fears of violence. I think this image from the Pegida protest sums up the instrumentalization of the event by the far Right well: “As if you prude Pegida yuppies had ever interested been interested in women’s rights?!” (Pegida is heavily male, and has mostly used gender to demonize Muslim groups in their campaigns.) (photo from die tagesschau)

Barbara Vinken, in her six-minute video interview with 3sat, does an excellent job of explaining how Cologne is being used by Schwarzer, Pegida and many others to build up the German nation as well as national identity. If you speak German, this video is also an excellent example of accessible public scholarship in the service of generalized knowledge. Vinken uses a variety of aesthetic examples (Helena of Troy, Kleist’s play Die Hermannsschlacht) to show how the myth of foreign masculinity, when seen as invasive and violent towards “our” women, becomes intolerable on the political stage. “Their men” raping “our women” is a narrative that can easily mobilize national subjects because of the threat inherent to the invasion myth. The dichotomous position of “theirs” versus “ours” also can be mobilized to maintain patriarchal power over “our” women (see AfD, Pegida, Ted Cruz, Donald Trump). Refusing to acknowledge indigenous male privilege and power is part of the reason why mundane German-German domestic violence doesn’t produce righteous indignation or Pegida protests.

So many postcolonial theorists have asserted precisely this argument: Gayatri Spivak. Anne McClintock. Margot Badran. bell hooks. Fatima El-Tayeb. Kien Nghi Ha. Sabine Hark. What is interesting about Vinken’s answers is that she makes a postcolonial argument without ever mentioning a main component of postcolonial theory: the dynamics of sexism as they intersect with race and racism. Perhaps this is because the argument seems much more palatable without the mess of racism- nation, with its hint at ethnicity, might be capacious enough for Vinken, whose primary focus is gender.

Gender is part of every social formation, and it is of course pertinent in debates about sexual violence. Christina Clemm, a German lawyer featured in this discussion with Prof. Dr. Sabine Hark, articulates a common feminist critique about the events: too much focus is placed on the male perpetrators and not enough on the victims.

Clemm: Unfortunately, what is hardly talked about is the victims and their protection. Otherwise what would be focused on would be how offers of assistance for those affected by sexualized violence in Germany is developed, how insufficient the funding of crisis lines, women’s shelters and counseling offices is, how often people who press charges in cases of sexual assault are not taken seriously and how rarely sexual crimes lead to convictions.

The bias inherent in the justice system is an important point, and it pairs well with Vinken’s arguments about the instrumentalization of women. But racialization is just as important, and can’t be separated from gender. In the same interview, Sabine Hark articulates this point quite precisely, and does so by reflecting on the current political moment. Vinken’s arguments are not wrong; they are simply incomplete:

Across Europe, we are experiencing xenophobic, nationalistic parties – but also increasingly neoliberal governments – that use notions of equality to purport that masculine Muslim citizens – and non-Western masculine immigrants more generally – are not able to respect the rights of women. Generally, mobilizing gender and images of women’s emancipation through nationalistic and xenophobic parties in this way, as well as through conservative governments, is one of the most important issues characterizing the contemporary political moment.

The Mediendienst Integration has published an interview with Dr. Christian Walburg, who explains that refugees with limited chances at receiving legal status are more likely to become criminal. This shows that ethnic background is not decisive; rather, the position one holds in social heirarchies is a better predictor of behavior:

Groups with an increased risk of criminality are those with limited success at being given the right to stay in Germany. Refugees are not a homogenous group. What we’re dealing with isn’t their countries of origin, but rather the unequal chances [they have] here in Germany. The prospect of right to stay, access to language courses and chances for work – these are things that Moroccans, Algerians or Serbians hardly have here.

Thus the importance of the ZDF tweet that shows that most of the perpetrators were Moroccan. This question of background has nothing to do with Moroccan culture: this is an issue of Moroccan citizenship, which is a legal category that does not provide refugee status in Germany.

German organizations like the Neue deutsche Medienmacher (New German Media-Makers) have started calling, in the context of this demonization of Muslims and refugees as misogynist, for the ethnic backgrounds and identities of ALL criminals to be named. With their trademark sarcasm, they show how this could be applied to Alice Schwarzer. I kind of like the formulation they offer. It’s quite helpful for context: