It is time for me to get off my duff. I have been sitting safely a bit too long, ensconced in my middle class security. A security a majority can’t share. Time to push forward some radical possibilities. Here’s one to start, some of which I’ve hinted around in the past. 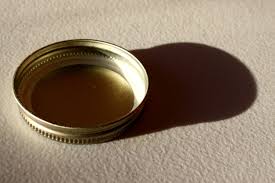 More often our political forces focus on increasing the bare minimums, but the more conservative voices claim that giving the bottom a raise will cost us all more, prices will go up, yada, yada, yada. If that theory holds water, and I’m not suggesting it does, then capping the maximum income should reduce the costs to everyone, right?  There is enough for every one’s needs, but not enough for every one’s greed. And the data of increasing capture of wealth by the wealthiest is inscribed in the frequency of reference to the 1% and the 99%.

We can’t grow an economy based upon the consumption of more stuff on a finite planet with an increasing population and expect any outcome down the road beyond disaster. It just isn’t possible, thermodynamics and the other laws of nature are against it.

I’m not suggesting that we shouldn’t raise the floor too, either with a sizable minimum/living income adjustment or perhaps even as Finland is beginning to try – a basic guaranteed minimum income for everyone. But let me focus on a couple of strategies to set a maximum income. The foundation of my argument is that  Gandhian bumper sticker, “There’s enough for every one’s need, but not for any one’s greed.”

The current median household annual income is approximately $50,000 (keeping these numbers rounded makes it a bit easier to calculate). One can surely also develop much more complex systems than the ones I am proposing The median is the point from which half the households make more, and half make less. I can’t imagine that anyone currently at that midpoint $50,000 would find it a struggle to get by on 10 times that amount in a year. Just think of being lucky enough to make that much year after year!! So let’s start the bidding at a maximum $500,000 annual income.

Another way to look at this is that the typical working life is about 50 years. So someone making $500,000 in one year would be about the same as a current minimum wage worker would make in 33 years.

$500,000 is about what the president makes in a year ($400,000 salary, + $50,000 living expenses, + $19,000 living expenses + travel + housing). So why not cap income there. Roosevelt and Congress increased the progressive rate on income over $200,000 (1945) to 94% against the cries of the conservatives of the time. Note that as a country we enjoyed our greatest sustained growth and simultaneous contraction of income inequality in the years between 1945 and the end of the Eisenhower administration when that top tax rate was reduced.

While number crunch-ers might make arguments for capping incomes at a different level or adjusting the top tax bracket a bit differently, perhaps the main impact would be how we as a society reconsider what wealth, prosperity and sharing mean.  The no-holds-barred approach to stuffing as much as one can in one’s pocket, everyone else be damned, isn’t a mores that has a happy ending for an increasing population on a finite planet. The average incomes of the 1 percent, let alone of the 0.1 percent, are significantly more than this threshold. A recent Economic Policy Institute report finds the average income of the 1 per-centers is $1.3 million and the minimum is $385,000.

Now I can foretell some criticism from those who think it unfair to those who could make more. Heck, some of our celebrities make that much from one performance or one speaking engagement. How will they manage to get by if we cap their income? A further canard is the one about how the top performers, be they athletes, CEO’s, actors, lawyers, physicians, non-profit directors, university administrators and football and basketball coaches will stop working or performing. Surely no one does any work in our time for any reason other than money, right? But this is one place where the market harms us by essentially creating an arms race. Just look at the salaries of collegiate football and basketball coaches over the past decade or two.

Well, another approach could be to tie-bar the maximum wage to the minimum wage. They could  be set as some magic ratio. For example the average Fortune 500 CEO is taking in about 204 times their median employee. Of those 500, 150 of those firms ratio is higher than that. That seems a little high to me. Take a look at the list of companies, some of which you no doubt use to see how they stack up here.

But we could decide to make it 10:1 or 50:1 for example. Or we could set a specific minimum wage and a specific maximum income. Robley George presents a variety of possible approaches including a annual citizen vote on setting maximum and minimum in his thoughtful book Socio-Economic Democracy.

Seriously, we need a discussion of what’s enough, what is sufficient, and what’s too much?

Even steadfast believers in the power of markets recognize that for markets to function well there needs to be access to relevant information so consumers can make judgments based upon the values they hold dear, e.g. quality, durability, integrity, fairness. While markets should surely not be making all the decisions we need to make in a human society, to be useful they need transparency. So we need full disclosure. The public good demands access to the information that impacts us and the natural world that sustains us.

Highlights of the New Rule

Pay Ratio Disclosure Requirement
As required by the Dodd-Frank Act, the rule would amend existing executive compensation disclosure rules to require companies to disclose:
I suggest that this rule be applied to any enterprise, public or private, profit or not for profit, or governmental agencies that receive any contracts, tax credits, or other federal government assistance. While the rule would force this obligation on any sanctioned enterprise, it isn’t necessary for any enterprise to wait to do this on their own. Organizations which operate in good faith should be proud to post this level of information on their website. This refreshing transparency would allow citizens to judge for themselves whether to purchase from, invest in, or donate to the enterprise. Transparency also has the extra advantage of tempering corruption. As the saying goes, sunshine is the best disinfectant.