The moose in the room that most everyone is blind to it seems, is our utter acceptance of a bloated and constantly expanding military budget. Even our Nobel Peace laureate President is not beyond offering up yet another increase in the current budget for our supposed ‘defense’. 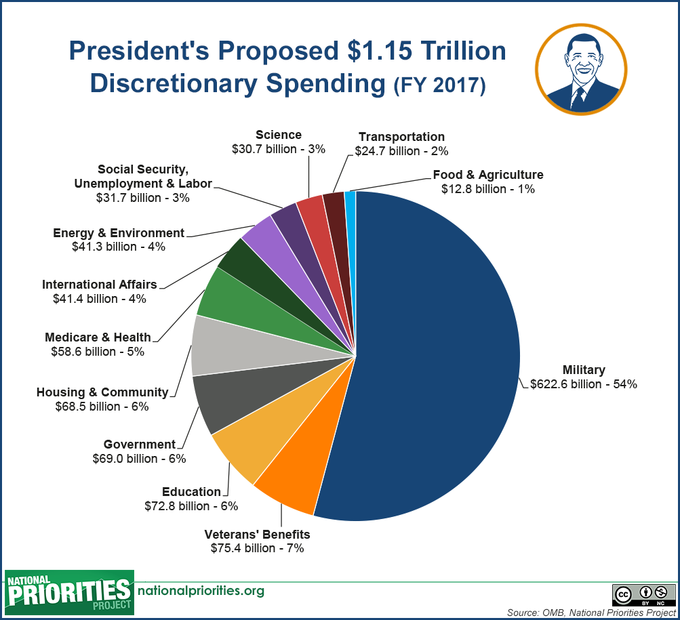 The Project on Government Oversight called the new budget a Mardi Gras for Defense Contractors . As President Eisenhower warned as he left office, the military-industrial complex has its tentacles wrapped tightly around the American psyche. They have managed to employ a system so that each state has some defense industry ties that every Senator feels the need to support when threats of possible cuts are raised. Bring home the bacon time and the new budget has plenty of fat.

Perhaps nowhere is that needless fat more unhealthy than our nuclear weapons program.

A 2011 study estimates that the nine nuclear nations (U.S., Russia, Britain, France, India, Pakistan, China, Israel, and North Korea) collectively spend more than $100 million a year on nuclear weapons, with the U.S. alone counting for more than half of that.

Over a decade that’s $1 Trillion not spent on development, clean energy, health care, or education. It is hard to imagine effectively addressing the twin threats of climate change or income inequality when such huge drains on our wealth are funneled towards such wasteful production. The International Campaign to Abolish Nuclear Weapons notes the many disparities that this wasteful nuclear weapons spending creates.

Yet not one presidential candidate from the major political parties has even hinted at plugging this leak, for fear that somehow they might be considered ‘weak on defense’. One might try to abstract from the Progressive Caucus’ 2017 People’s Budget proposal that Bernie Sanders supports some reduction (he is a member of the caucus). But he has not addressed defense spending nor nuclear weapons directly in debates or forums or on his campaign’s website.

If we want to face the dire threats of climate change [note the report from NOAA yesterday that the past three months were the warmest winter we have recorded since keeping records] and increasing income inequality we may wish to pause and reflect on the costs of militarization and our foreign policy orientation. At a minimum we should accelerate the nuclear disarmament that  was begun at the end of the Cold War but has stalled. A February 2016 report from the International Law and Policy Institute (ILPI) and the United Nations Institute for Disarmament Research (UNIDR) “A Prohibition on Nuclear Weapons: A Guide to the Issues” has tried to rekindle that effort. Also last week saw the first meeting of a new UN working group on nuclear disarmament called the Open Ended Working Group (OEWG).

Of course there is literally no media coverage of either of these global efforts in the nation that launched and leads the nuclear nations. When we begin to look at the costs of maintaining these maddening weapon programs and the corollary lost opportunities those ongoing expenditures create, maybe then we might find the resources to tackle climate change and income inequality. Those interested in that effort might consider attending the world congress this fall in Berlin organized by the International Peace Bureau and the Global Campaign on Military Spending.

Neither was their coverage of  the recent British citizen march against nuclear weapons where tens of thousands hot the streets calling for an end to the madness.

Early estimates had Saturday’s crowd in the “many tens of thousands.” (Photo: @GreenpeaceUK/Twitter)

At least we should have all candidates for federal office address these issues so we can determine who might steer us towards a more peaceful future. To do less is a crime against future generations.