Long after the explicit use of racist terms in laws, policies with important racial impacts can linger in past practices that marginalize minority communities. Beryl Satter’s Family Properties: How the Struggle Over Race and Real Estate Transformed Chicago and Urban America, describes a key historical case of mid-century real estate practices that led to entrenched segregation and racial wealth disparities: contract buying. Unfortunately, the practice may be making a comeback in Detroit.

In Beryl Satter’s detailed history of contract buying in the city of Chicago, she examines the layers underlying the city’s development and sustainment of ghettos filled beyond capacity accompanying the intentional homogeneity of all-white neighborhoods. In the decades following the end of slavery, the threats of the Jim Crow South prompted a mass migration of African-Americans northward. Chicago became a major hub for new migrants and their families. The influx prompted the creation of suburbs in the 1940s to accommodate the flight of white inner city Chicagoans, searching to be separate from their black neighbors. In order to assure these newly constructed suburbs remained all white, neighborhood associations created policies to prohibit African-Americans from moving into their neighborhoods. Banks across the country refused to provide prospective black homeowners with mortgages, resulting in the mass used practice of contract buying. 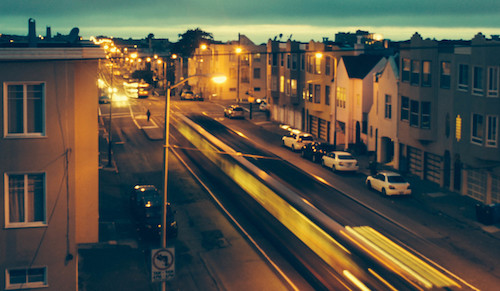 Contract Buying. What is it?

Contract buying involves the sale of a home to those who cannot acquire their own mortgage. In the mid 20th Century, contract buying emerged as a method of obtaining a place to live for many African-Americans.  Without many other options, they engage in a contract with a seller and make monthly payments. The exploitation of these occupants begins at the signing of the contract. In most circumstances, the property owner marks up the price from which they bought the property. Even if occupants are up-to-date on their monthly payments, the contract allows for the property owner to incite miscellaneous fees and fines for whatever they deem necessary. Ultimately, it is the goals of the property owner to obtain as much money from the occupants as possible until they can no longer pay on the property and are evicted. By the time they are evicted, the property owner has already lined up new occupants from which to exploit in the same manner.  Black families in Chicago were almost exclusively subject to this system of contracts, designed to capitalize on the lack of housing options for people of color in mid 20th century Chicago. Satter’s father, a lawyer who advocated for exploited families when their contract seller began to charge unnecessary fees, allowed the property to not meet standards, and eventual eviction of residents. Highlighted in Family Properties, are the stories of black families subjugated to dishonest landowners and lawsuits. One such family, the Boltons, turned to Satter’s father in search of justice. They occupied a cramped, 100-year old home that lacked a finished basement and central heat. Upon further review at the County level, Satter found that the building was co-owned by a man who had several properties in the Chicago area. The Boltons were not the only family in danger of eviction, nor where they the only family of color. Not by a long shot.

Not only are the remnants of these racially exclusive policies visible in the make-up of places like Chicago, Detroit, and Ferguson, MO (link is external), but the practice of contract buying has found its way back to contemporary real estate transactions. In the same fashion of predatory lending, property owners are taking advantage of individuals with bad credit, primarily people of color, who can not acquire a mortgage. A recent story by the Detroit News (link is external) confirms that most houses in Detroit last year were purchased under land contracts, rather than conventional mortgages. The contracts signed in Detroit are compounded by a failing county auction system and dilapidated housing. Detroit residents like Douglas Todd are encouraged to take up seemingly lucrative offers of small down payments, and even smaller monthly installments. On the Northwest side of Detroit, Todd signed a contract that he hoped would guarantee a home in his name within five years. Not only will Todd be nowhere near owning the home he lives in within five years, the conditions of the home are subpar. Often times, reminiscent of 1940s Chicago, the owners of these properties are not concerned with up keep, and rarely file publicly as there is no requirement for contracts to be accounted. Satter anticipates in Family Properties that this 20th century practice may re-emerge in modern real estate, but be less conspicuous in nature. Instead of redlining and racially restrictive covenants, as Steven Brown from the Urban Institute has stated (link is external), predatory lending has made a comeback following the housing market crash. The crash brought about high lending standards and small amounts of small-value mortgages. A restrictive market has resulted in the spike of houses bought and sold on contract. Disproportionately, people of color in low-income areas are having the hardest times acquiring mortgages. As such, these people are left with no other choice than to buy on contract if they wish to eventually own a home.

Keshia Todd is an undergraduate public policy and economics student who has worked on political campaigns and in the legislature. At IPPSR, Keshia will focus on urban affairs, economic development incentives, and veterans programs as well as summarizing research articles for an online database and contributing to a blog.