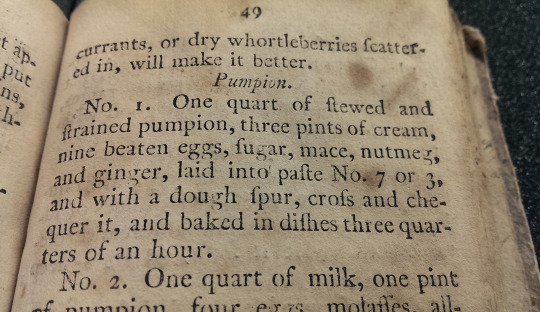 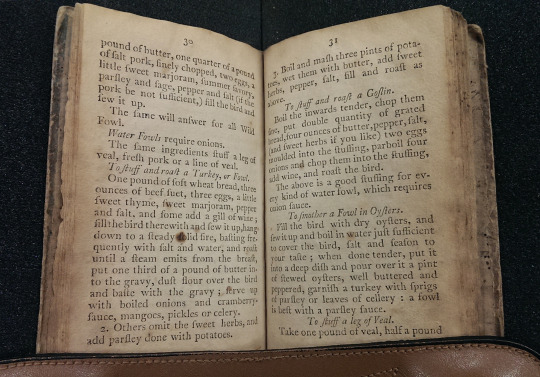 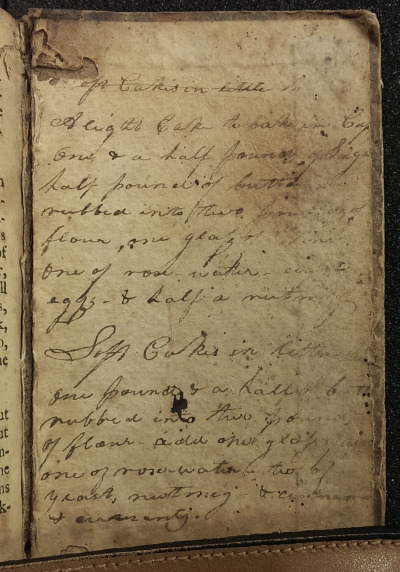 First published in 1796, American Cookery by Amelia Simmons is considered the first true American cookbook, with recipes for such indigenous foods as pumpkins, cranberries, and cornmeal. Cookbooks published here previously were English in origin with food and recipes written for English audiences.

American Cookery is the bedrock for all important cookbook collections and MSU Special Collections is fortunate to hold several early editions of the work, including the second printing of the first edition, published in 1798. We recently acquired another—the 1808 edition—published in Troy, New York.

Any early edition of this important work is special, but this particular volume is extra special for its provenance. Boldly written on the inside of the front cover is the name “Ruth Doty,” who moved to Detroit from Troy, New York with her merchant husband Ellis Doty (a descendant of Edward Doty who came to America on the Mayflower). This volume was published three years after their marriage in 1805, so perhaps this was one of Ruth’s first cookbooks—and most likely journeyed with her over ten years as she and her growing family made their way west to Detroit by the early 1820s.

In addition to the inscription of Ruth Doty, there are other ownership clues in the book. On the inside of the back cover there are two manuscript recipes for cakes, in a different hand than Ruth’s. Most intriguing of all, on the verso of the title page is what looks like the name of another Doty… Can you make out what it says?

One can only speculate as to whether the cookbook stayed in the Doty family after Ruth’s death in 1866 at the age of 82, but its remarkably good shape despite its age, travels, and use clearly suggests that whoever owned the book realized its importance and historical value.