This year there are over 400 candidates running in the primaries for one of the 110 seats in the Michigan House of Representatives, and 8 candidates running for the 4th district seat in the upcoming special election for the Michigan Senate which is being held on the same date. With the primaries coming up on August 2nd, we scoured the internet in an attempt to provide some details on the makeup of the candidate base. Before continuing it should be noted that some candidates have very little online presence and for this reason we were not able to include data for them in these calculations. Additionally, new candidates since the recent death of 11th district representative Julie Plawecki are not factored in.

The Michigan House of Representatives have term limits of 3 two-year sessions, so the maximum time a representative can hold office is 6 years. For this reason, 12 Democrats and 29 Republicans are ineligible for reelection this year. Additionally, Michigan Senate elections are usually held every 4 years, opposite those of presidential elections, but a recent unexpected vacancy in the District 4 Senate spot leaves an additional seat with no incumbent running. 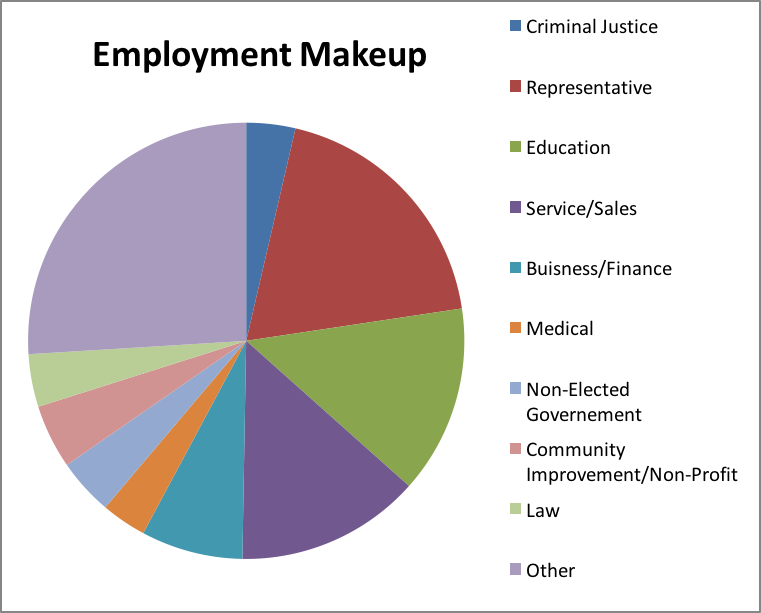 Our focus then turns to the makeup of the primary candidates. Looking first at the House of Representatives which has 414 candidates competing for 110 seats (an average of 3.8 candidates per district). Of these candidates, 48.5 percent are Republicans, and 51 percent are Democrats. The candidates are primarily white and male. Men represent 75 percent of candidates and whites represent 85 percent.

About 38 percent of candidates have held an elected position at some point. Further, 30 percent have made a previous run for state legislator whereas only 19 percent have been successful.

For further information and review, we have uploaded our spreadsheet with candidate-level information here. Please let us know if you have corrections.