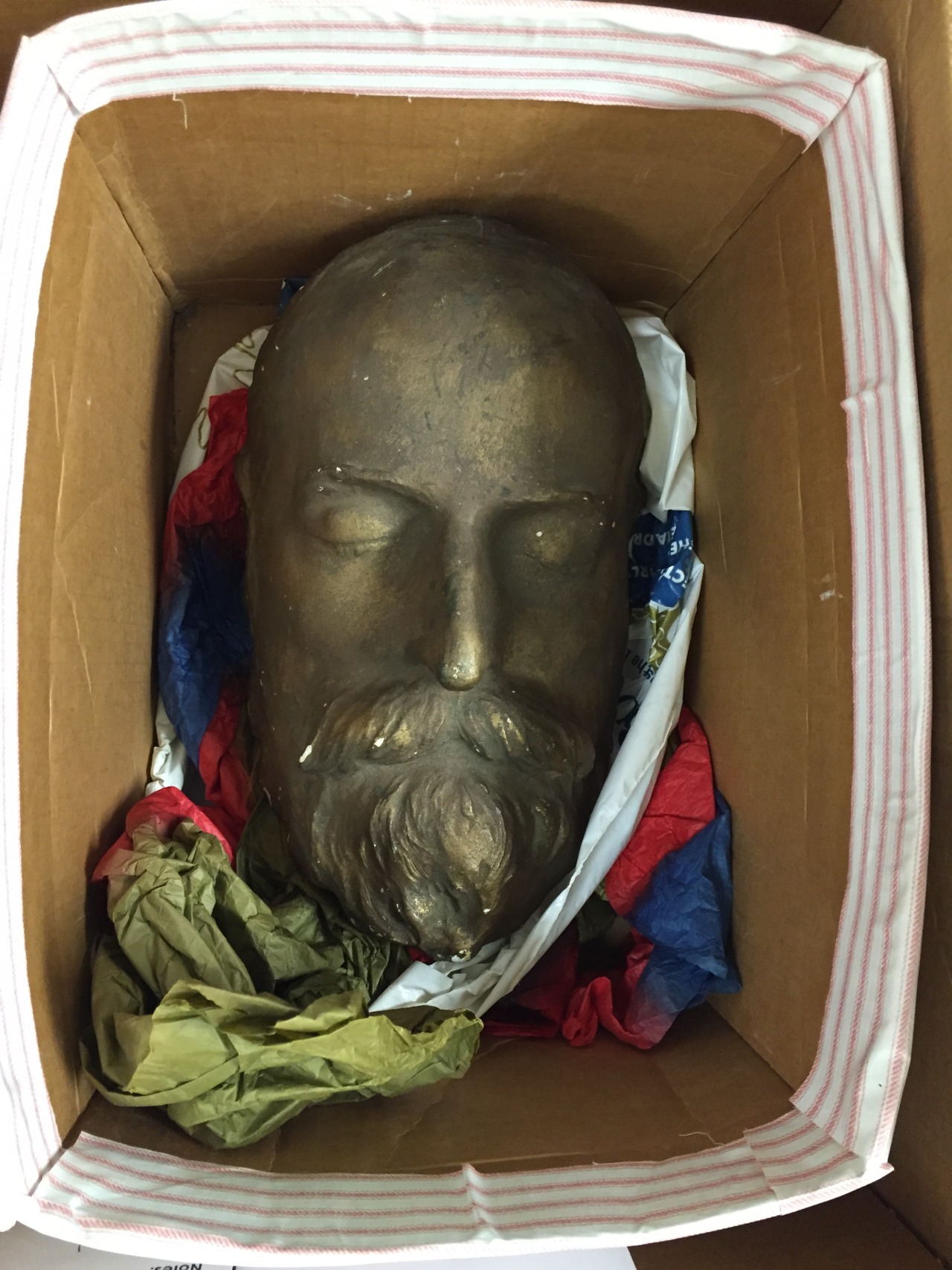 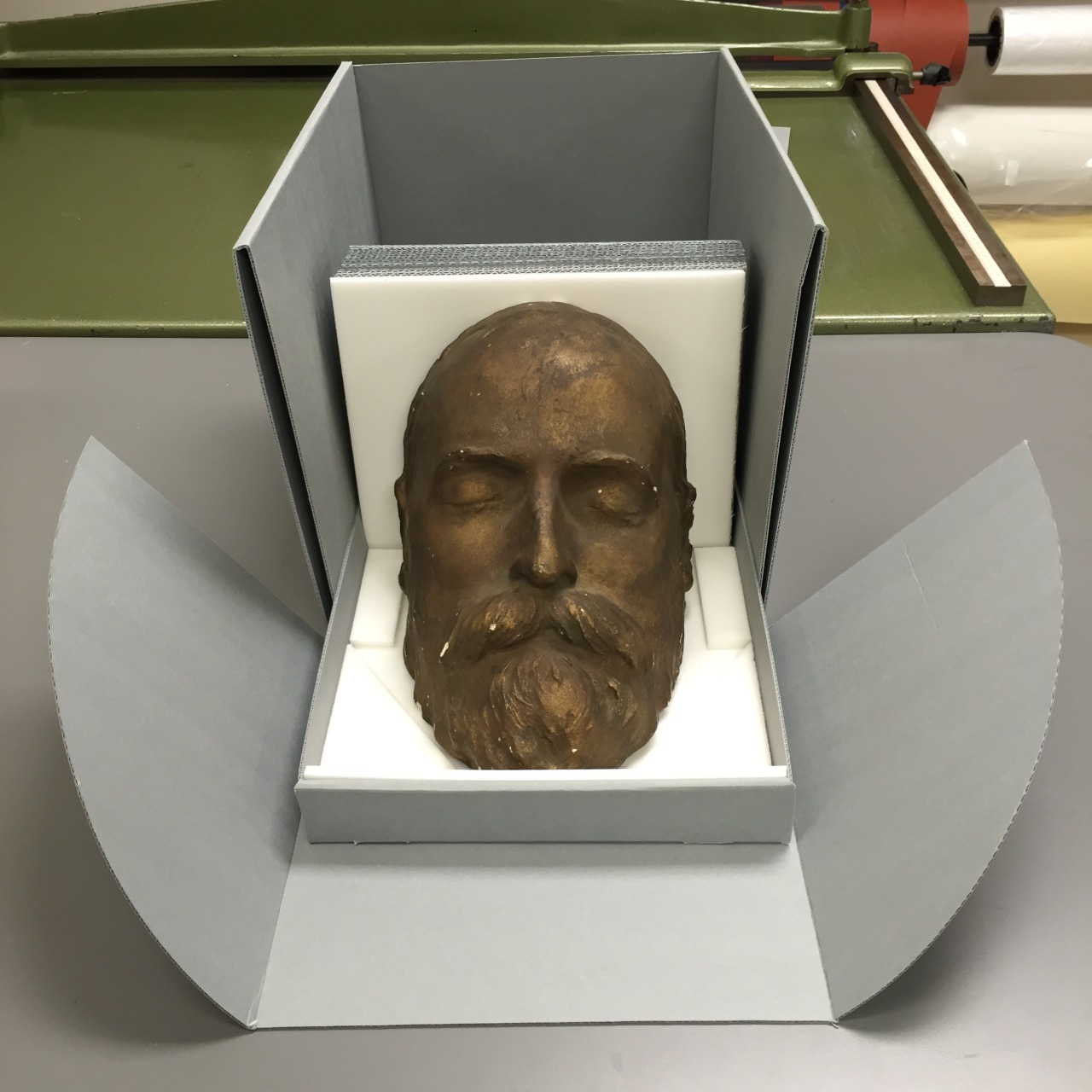 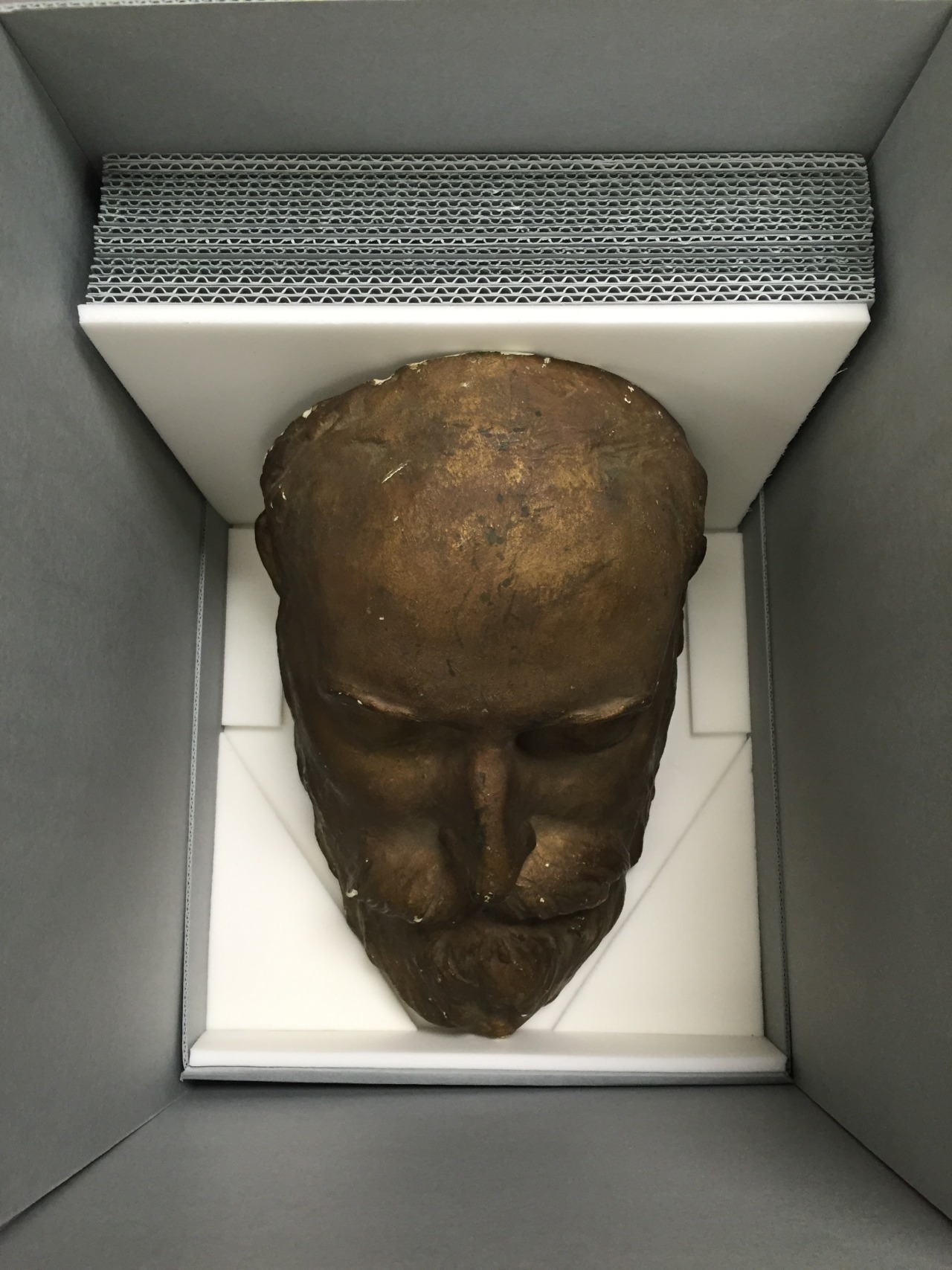 This plaster cast (painted bronze) was taken from the face Ernest Howard Crosby shortly after his death in 1907. When it arrived in the lab, I found it stored in the packaging it had arrived in – a cardboard box with some tissue paper and a plastic bag for padding.  I decided that something with more stability and support was needed.I pondered making a complicated box from scratch, but instead decided to modify a pre-made drop front box with slide out tray, available from Gaylord Archival.

I stuffed the mask with acid-free tissue paper to provide some support.  Then, I added a corrugated cardboard spacer to the back of the tray that help to hold Mr. Crosby in a more upright position (the back of the mask is angled rather than flat, and this seemed to be the least stressful position).  Finally, I added Volara foam to the back, bottom, and front of the tray, as well as a few pieces to the sides to prevent Mr. Crosby from moving from side to side.

The drop-front box with slide out tray makes it possible for a user to remove the item from the box for viewing without the need to handle the mask itself.

I think the new box is a big improvement!

Want to see this item in person?  Find it here.

Before migrating to Michigan and beginning work at the MSU Libraries Wallace Conservation Lab, Bexx Caswell-Olson was employed as a bookbinder and book conservator in private practice in Iowa City, IA. Prior to running her own business, Bexx spent nearly a decade living in the Boston area where she worked in a variety of libraries and conservation labs, including those at Harvard and MIT. She is Vice President of the Guild of Book Workers, a national organization for those working in bookbinding, book conservation, and the book arts. Bexx holds a Certificate in Bookbinding from the North Bennet Street School and a Master’s of Library Science from Simmons College. In addition to her passion for bookbinding, Bexx also has an affinity for typography, bibliomysteries, seed bead weaving, and vegan baking.