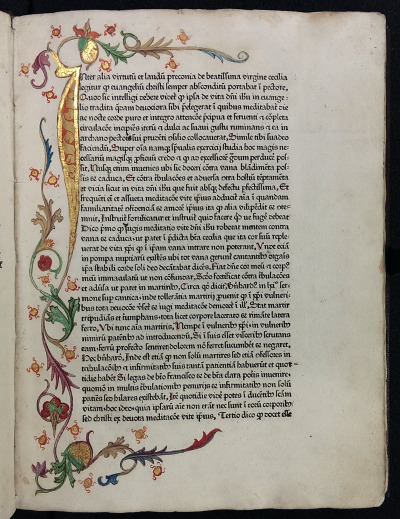 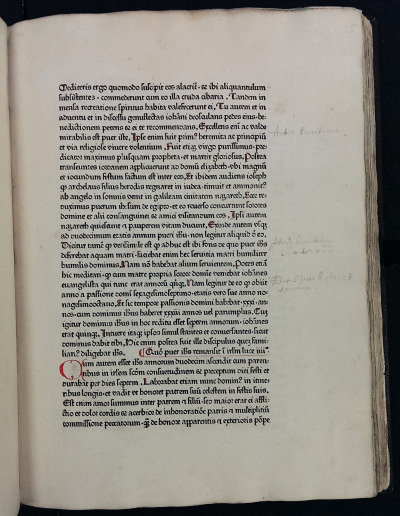 One way to measure the popularity of a given text is to count the number of times it’s been published. For example, the immense popularity of The Imitation of Christ, which went through 78 editions in the 15th century, has been said to trail only the popularity of the bible itself as a devotional text. Compare these to 15 editions of Dante’s Divine Comedy in the 15th century and one can begin to appreciate just how popular Christian devotional literature once was. As it happens, MSU has one of just eight known copies of a rare 1495 edition of The Imitation of Christ.

Patrick Olson, Rare Books Librarian at MSU Special Collections. Patrick joined Michigan State University in 2014, having previously held special collections positions at the University of Iowa, MIT, and the University of Illinois, where he also earned his MLIS. Prior to becoming a librarian, he spent four years working in the rare book trade.