The theme of IPPSR’s final fall policy forum was the Michigan’s previous experience with emergency management and the potential of related policy reform. Panelists agreed that the objective of an emergency manager has largely remained constant since the establishment of the role through Public Act 101 in 1988. Essentially, an emergency manager’s goal and job requires them to assume control, access and manage financial responsibilities, and bring cities or school districts back into a steady financial balance before returning to local control. Multiple times throughout the forum, panelists reminded the audience that the purpose of policy reform on this matter would seek to prevent the need for emergency management control in any city or school district and avoid fiscal distress before an emergency manager is essential. 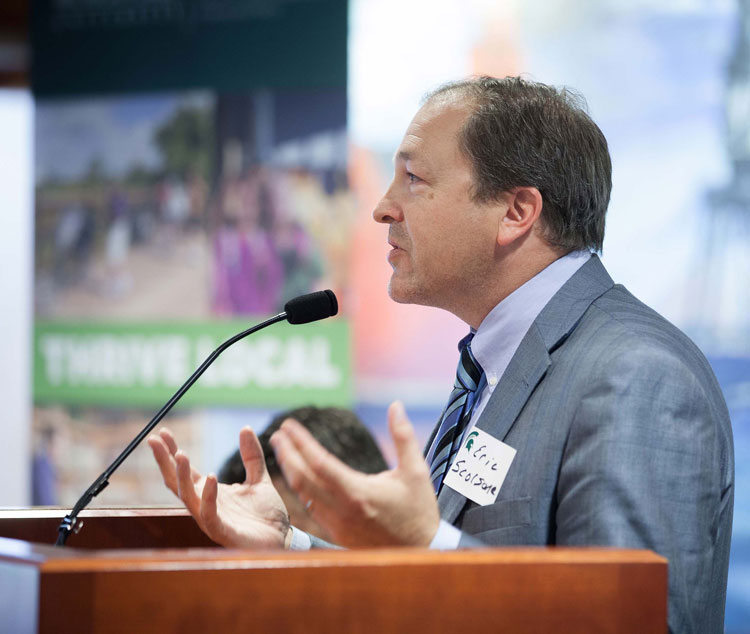 Michigan has acted under four versions of a financial emergency law within the last 40 years.  Eric Scorsone, director of MSU Extension’s Center for Local Government Finance and Policy and professor of economics in the Department of Agricultural, Food, and Resource Economics at Michigan State University, noted that every state imposes laws with regards to financial oversight of local governments and school districts, however, only half of the states have laws in place that dictate what to do in a financial crisis.

Out of the half that do, states use one of two options of legislative status. The first is general legislation which provides a standard law and process that takes place throughout the state when a fiscal crisis occurs. The second, as Scorsone explained, is special legislation which allows for laws specific to a community. The state of Michigan is currently responsible for multiple school districts and cities under receiver transition advisory boards, consent agreements, and through emergency managers.

Emergency managers’ first order is essentially to establish a short term budget balance and to ensure this, an emergency manager will prioritize fixing the present financial problem which utilizes their training as a financial manager.

Craig Thiel, senior research associate for Citizens Research Council of Michigan, stated that the main issue we see within the school district side of the emergency manager law is that the financial problems outweigh the academic standards. Thiel reflected upon the fact that the law requires development and implementation of an education plan even when the appointed emergency manager is not an educator or school administrator.

Because of this, financial decisions most often negatively affect educational programs and fail to address the real academic issues at hand. Along with Thiel, Peter Hammer, director of the Damon J. Keith Center for Civil Rights and professor of law at Wayne State University, stated that within the realm of academics there is a structural problem in schools that emergency management isn’t able to solve. 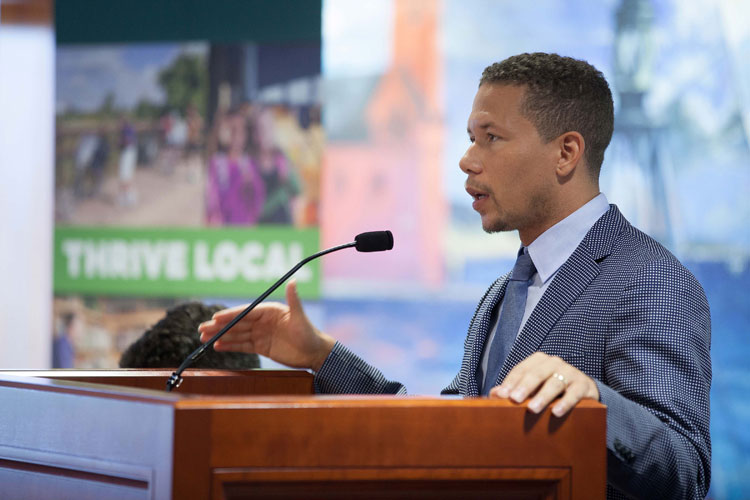 Tony Saunders, former emergency manager for Benton Harbor and the current chief financial officer and chief restructuring officer for Wayne County added the state needs to address the education problems that emergency managers cannot fix. Saunders went on to say that the State does not address the inequities that currently exists among school communities.  Instead, the State attempts to resolve the situation by ‘throwing money at it’ and not addressing inequities that perseverate fundamental structural problems.

It is also important to understand the differences between emergency managers operating within a school district versus a city. Thiel explained the nature of the problem for school districts is almost always a dual crisis, both financial and academic, while local government problems are exclusively fiscal. Also, in terms of the operating environment, local governments do not face the same competition in service delivery. Nearly all distressed districts operate in a competitive market contending for students and operating resources. Lastly, the finances of a school district and local government are fundamentally different since a school’s operating revenues are highly centralized at state level.  Thiel concluded with suggesting that we might consider shifting away from emergency management to other forms of state intervention when it comes to fiscal distress in school districts such as state school reform programs or an early warning system.

Hammer addressed spatial racism head on. He pointed out that when you are not addressing the root causes of a problem like fiscal distress, you are not circumventing the problem. Hammer claimed that rather than tackling spatial-structural racism — the root cause of municipal distress — the state imposed emergency management. He also stated that his research has found emergency management to disproportionally target African-American communities, impose strict policies of fiscal austerity and establish the preconditions of problems like the Flint water crisis. Hammer stated that rather than solving problems, emergency management creates economically deprived, second class “minimal cities” and was a fatally misguided response to spatial-structural racism.

Tony Saunders explained from experience that no one actually desires to take on the role of emergency manager but if you are a suitable candidate, it is a patriotic obligation to accept the position. He agreed with Hammer that an emergency manager may be a poor solution for public policy problems, but in some cases, they are essential as part of the solution and presently the most effective option. Saunders was able to critique the position he once served in saying currently the emergency manager law is entirely too dependent on one person. Collaborative relationships are key for addressing the problems within distressed communities and there are many, many actors. He called on audience members to have a larger presence within their own community and to  prioritize transparency and accurate information. The biggest deficiency in local governments and finance, he said,  has been talent. 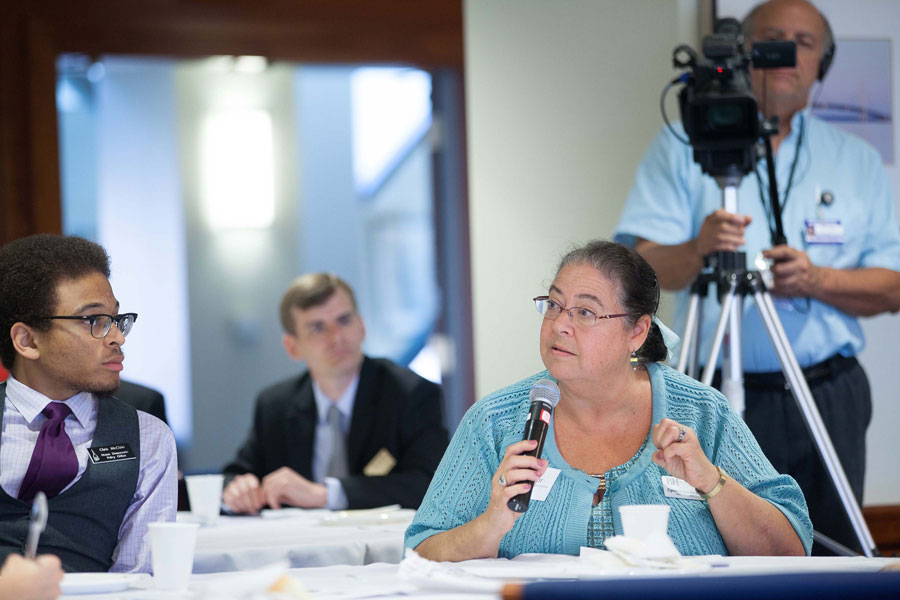 Ann Marie Schneider leads the program planning and policy education division of MSU’s Institute for Public Policy and Social Research. Within her immediate responsibility is the Michigan Applied Public Policy Research Program, a research incentive program that has distributed more than $3 million, and; an annual forum series showcasing research expertise on pressing policy issues – both intended to nurture dialog between research experts, policymakers, and citizens. Ann Marie has been involved first-hand in the development of three keystone programs that span more than two decades: the Michigan Political Leadership Program, for citizens interested in appointed or elected office; Michigan’s Legislative Leadership Program, for freshman legislators, and; the State of the State Survey, for gauging public opinion on policy issues. Ann Marie further bridges state and international policy education by directing the Canadian Studies Center, and by serving as vice chair of a cross-border communication network, the Great Lakes Trade and Transport Hub (GLITTH) Initiative. GLITTH aims to establish Michigan, its neighboring states and provinces as a vibrant trade region and global logistics hub through regional stakeholder collaboration. She is vice president of the Midwest Association for Canadian Studies and on several advisory boards including the Community Economic Development Center and the Center for International Business and Education Research, Global Business Club.