Michigan’s lame duck legislative session has already produced results: The state House and Senate passed and sent to Gov. Rick Snyder legislation allowing autonomous vehicles to operate on Michigan roads. But policy insiders don’t expect a flood of legislation to follow, based on their answers to a new survey.

The survey asked Michigan policy insiders — those working on state policymaking in and around state government — to assess the likelihood that both chambers would finish work on key legislation before Michigan’s 99th Legislature is seated in January.

Insiders said they believed action on autonomous vehicles was most likely, followed by bills on energy competition and renewables and Freedom of Information Act changes. 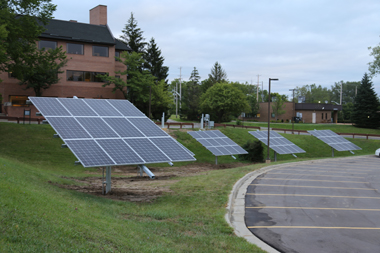 The Michigan Legislature is often busy following elections, but insiders aren’t expecting a large pile of important bills to land on the governor’s desk this year.

A majority of respondents thought action was at least “somewhat likely” only on autonomous vehicles and energy policy, with majorities calling action “somewhat unlikely” or “very unlikely” on changes to Michigan’s prevailing wages, auto insurance, and mental health services.

The Michigan Policy Insiders Panel, an online panel survey of the most influential actors in state policymaking, is a collaboration between Michigan State University’s IPPSR and the University of Michigan’s Center for Local, State and Urban Policy.

IPPSR’s Office for Survey Research, known for its rigorous survey research, organized and conducted the survey. A total of 390 respondents – among the total 537 panel members – participated in latest round of the survey.