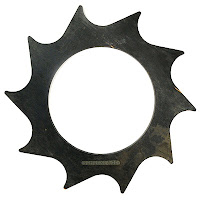 For those interested in political philosophy, or Trump’s travel ban, I recommend this discussion on Scott Aaronson’s blog, which features a commenter calling himself Boldmug (see also Bannon and Moldbug in the news recently ;-)

Both Scott and Boldmug seem to agree that scientific/technological progress is a positive ratchet caught within a negative ratchet of societal and political decay.

You happen to live inside the ratchet of progress that is science and engineering. That ratchet produces beautiful wonders like seedless watermelons. It’s true that Talleyrand said, “no one who remembers the sweetness of life before the Revolution can even imagine it,” but even Louis XIV had to spit the seeds out of his watermelons.

This ratchet is 400 to 2400 years old, depending on how you count. The powers and ideologies that be are very good at taking credit for science and engineering, though it is much older than any of them. It is a powerful ratchet — not even the Soviet system could kill or corrupt science entirely, although it’s always the least political fields, like math and physics, that do the best.

Lucio Russo (https://en.wikipedia.org/wiki/Lucio_Russo) wrote an interesting, if perhaps a little overstated, book, on the Hellenistic (300-150BC, not to be confused with the Hellenic era proper) golden age of science. We really have no way of knowing how close to a scientific revolution the Alexandrians came. But it was political failure, not scientific failure, that destroyed their world. The ratchet of progress was inside a ratchet of decay. …

It doesn’t appear that Scott responded to this dig by Boldmug:

… Coincidentally, the latter is the side [THE LEFT] whose Jedi mind tricks are so strong, they almost persuaded someone with a 160 IQ to castrate himself.

And the Enlightenment? You mean the Enlightenment that guillotined Lavoisier? “The Republic has no need of savants.” Add 1789 and even 1641 to that list. Why would a savant pick Praisegod Barebones over Prince Rupert?

You might notice that in our dear modern world, whose quantum cryptography and seedless watermelons are so excellent, “the Republic has no need of savants” is out there still. Know anyone working on human genetics? …

Don’t believe in societal decay? Read this recent tour-de-force paper by DeCode researchers in Iceland, who have established beyond doubt the (long-term) dysgenic nature of modern society:

Epidemiological and genetic association studies show that genetics play an important role in the attainment of education. Here, we investigate the effect of this genetic component on the reproductive history of 109,120 Icelanders and the consequent impact on the gene pool over time. We show that an educational attainment polygenic score, POLYEDU, constructed from results of a recent study is associated with delayed reproduction (P < 10^(−100)) and fewer children overall. The effect is stronger for women and remains highly significant after adjusting for educational attainment. Based on 129,808 Icelanders born between 1910 and 1990, we find that the average POLYEDU has been declining at a rate of ∼0.010 standard units per decade, which is substantial on an evolutionary timescale. Most importantly, because POLYEDU only captures a fraction of the overall underlying genetic component the latter could be declining at a rate that is two to three times faster.