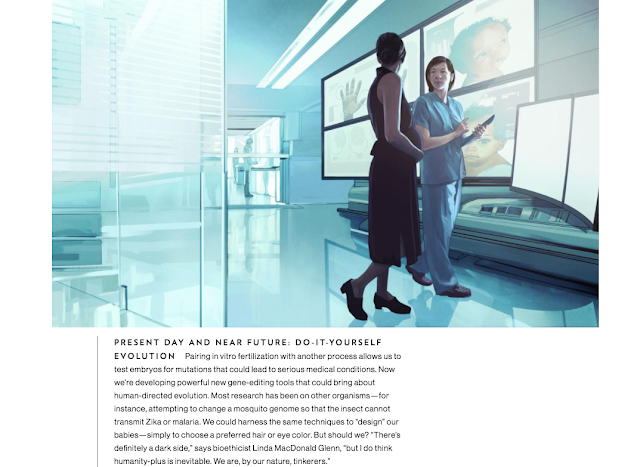 See also A Brief History of the Future, as told to the Masters of the Universe and Super-Intelligent Humans are Coming.

National Geographic: How Humans Are Shaping Our Own Evolution:

… Unlike our forebears, we may soon not need to wait for evolution to fix the problem. In 2013 Nick Bostrom and Carl Shulman, two researchers at the Future of Humanity Institute, at Oxford University, set out to investigate the social impact of enhancing intelligence, in a paper for Global Policy. They focused on embryo selection via in vitro fertilization. With IVF, parents can choose which embryo to implant. By their calculations, choosing the “most intelligent embryo” out of any given 10 would increase a baby’s IQ roughly 11.5 points above chance. If a woman were willing to undergo more intensive hormone treatments to produce eggs faster—“expensive and burdensome,” as the study notes with understatement—the value could grow.

The real benefit, though, would be in the compound gain to the recipient’s descendants: After 10 generations, according to Shulman, a descendant might enjoy an IQ as much as 115 points higher than his or her great-great-great-great-great-great-great-great-grandmother’s. As he pointed out to me, such a benefit is built on extremely optimistic assumptions, but at the least the average recipient of this genetic massaging would have the intelligence equal to a genius today. Using embryonic stem cells, which could be converted into sperm or ova in just six months, the paper notes, might yield far faster results. Who wants to wait two centuries to be the scion of a race of geniuses? Shulman also mentioned that the paper omitted one obvious fact: “In 10 generations there will likely be computer programs that outperform even the most enhanced human across the board.”

There’s a more immediate objection to this scenario, though: We don’t yet know enough about the genetic basis for intelligence to select for it. One embryo doesn’t do advanced calculus while another is stuck on whole numbers. Acknowledging the problem, the authors claim that the ability to select for “modest cognitive enhancement” may be only five to 10 years off.

At first glance this would seem improbable. The genetic basis of intelligence is very complex. Intelligence has multiple components, and even individual aspects—computational ability, spatial awareness, analytic reasoning, not to mention empathy—are clearly multigenetic, and all are influenced by environmental factors as well. Stephen Hsu, vice president for research at Michigan State University, who co-founded the Cognitive Genomics Lab at BGI (formerly Beijing Genomics Institute), estimated in a 2014 article that there are roughly 10,000 genetic variants likely to have an influence on intelligence. That may seem intimidating, but he sees the ability to handle that many variants as nearly here—“in the next 10 years,” he writes—and others don’t think you’d need to know all the genes involved to start selecting smarter embryos. “The question isn’t how much we know or don’t know,” Church says. “It’s how much we need to know to make an impact. …”

On the genetic architecture of intelligence and other quantitative traits
https://arxiv.org/abs/1408.3421 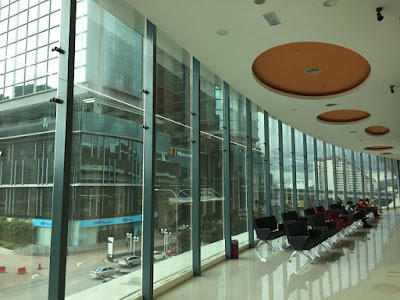 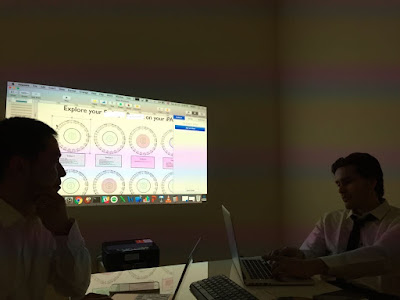