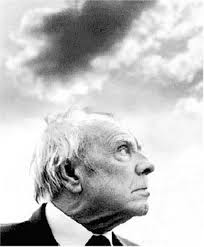 This blog gets about 100k page views per month. My sense is that there are a lot of additional views through RSS feeds and social media (FB, G+, etc.), but those are hard to track. Most of the hits are on the main landing page, with a smaller fraction going to a specific article. I’d guess that someone hitting the landing page looks at a few posts, so there are probably at least 200k article views per month. I write somewhat fewer than 20 posts per month, which suggests that a typical post is read ~10k times. Some outlier posts get a lot of traffic from inbound links and search engine results even years after they were written. These have far more than 10k cumulative views, according to logs. From cookies, I can see that there are many thousands of regular readers (i.e., who visit at least several times a month).

Is there any better way to estimate impact/reach than what I’ve described above?

For comparison, I was told that a serious non-fiction book on the NY Times Best Seller list might sell ~10k copies. So it seems possible my blog has a significantly greater reach than what I could expect from writing a book. I’ve thought about writing books at various times, but have always been too busy. I fantasize about writing more when I retire, or later in my career :-)

When I attend meetings or conferences, I often bump into people I don’t know who tell me they read my blog. This seems to be true whether the participants are scientists, technologists, investors, or academics. I’m guessing that for every person who tells me that they’re a reader, there must be many more who are readers but don’t volunteer the information. If you ever see me in person, please come right up and say hello! :-)

I’ve been told by some people that they have tried to read this blog but find it hard to understand. I suppose that regular readers are mostly well above average in intelligence.

… the life of a writer is a lonely one. You think you are alone, and as the years go by, if the stars are on your side, you may discover that you are at the center of a vast circle of invisible friends whom you will never get to know, but who love you. And that is an immense reward.