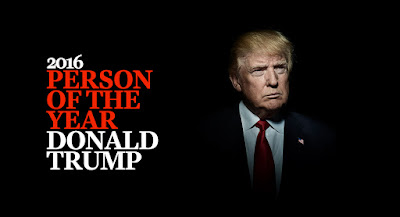 I’m old enough to have been aware of Donald Trump since before the publication of Art of the Deal in 1987. In these decades, during which he was one of the best known celebrities in America, he was largely regarded as a progressive New Yorker, someone who could easily pass as a rich Democrat. Indeed, he was friendly with the Clintons — Ivanka and Chelsea are good friends. There were no accusations of racism, and he enjoyed an 11 year run (2004-2015) on The Apprentice. No one would have doubted for a second that he was an American patriot, the least likely stooge for Russia or the USSR. I say all this to remind people that the image of Trump promulgated by the media and his other political enemies since he decided to run for President is entirely a creation of the last year or two.

If you consider yourself a smart person, a rational person, an evidence-driven person, you should reconsider whether 30+ years of reporting on Trump is more likely to be accurate (during this time he was a public figure, major celebrity, and tabloid fodder: subject to intense scrutiny), or 1-2 years of heavily motivated fake news.

In the article below, Politico considers the very real possibility that Trump could have run, and won, as a Democrat. If you’re a HATE HATE HATE NEVER NEVER TRUMP person, think about that for a while.

Politico: … Could Trump have done to the Democrats in 2016 what he did to the Republicans? Why not? There, too, he would have challenged an overconfident, message-challenged establishment candidate (Hillary Clinton instead of Jeb Bush) and with an even smaller number of other competitors to dispatch. One could easily see him doing as well or better than Bernie Sanders—surprising Clinton in the Iowa caucuses, winning the New Hampshire primaries, and on and on. More to the point, many of Trump’s views—skepticism on trade, sympathetic to Planned Parenthood, opposition to the Iraq war, a focus on blue-collar workers in Rust Belt America—seemed to gel as well, if not better, with blue-state America than red. Think the Democrats wouldn’t tolerate misogynist rhetoric and boorish behavior from their leaders? Well, then you’ve forgotten about Woodrow Wilson and John F. Kennedy and LBJ and the last President Clinton.

There are, as with every what-if scenario, some flaws. Democrats would have deeply resented Trump’s ‘birther’ questioning of Barack Obama’s origins, and would have been highly skeptical of the former reality TV star’s political bona fides even if he hadn’t made a sharp turn to the right as he explored a presidential bid in the run up to the 2012 election. His comments on women and minorities would have exposed him to withering scrutiny among the left’s army of advocacy groups. Liberal donors would likely have banded together to strangle his candidacy in its cradle—if they weren’t laughing him off. But Republican elites tried both of these strategies in 2015, as well, and it manifestly didn’t work. What’s more, Trump did once hold a passel of progressive stances—and he had friendships all over the political map. As Bloomberg’s Josh Green notes, in his Apprentice days, Trump was even wildly popular among minorities. It’s not entirely crazy to imagine him outflanking a coronation-minded Hillary Clinton on the left and blitzing a weak Democratic field like General Sherman marching through Georgia. …

I voted twice for Bill Clinton and twice for Obama. Listen carefully: their positions on immigration, as expressed below, do not differ much in substance from Trump’s.