Data from the 2016 NSF report on global Science & Engineering Indicators shows the rapid rise of China in both academic science and applied technology. 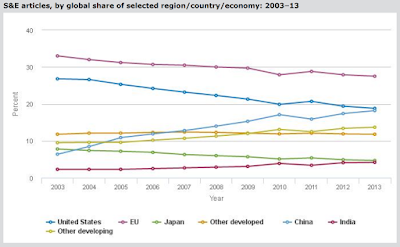 Rapid growth in number of Chinese S&E articles, reaching parity with US in 2013, and well ahead of Japan and India. 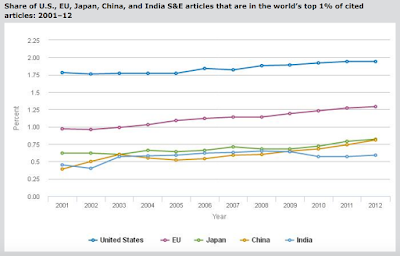 As of today total number of high impact papers is still probably ~2:1 in favor of US. But I think most people would be surprised to see that China has caught up with (surpassed?) Japan in this quality metric. 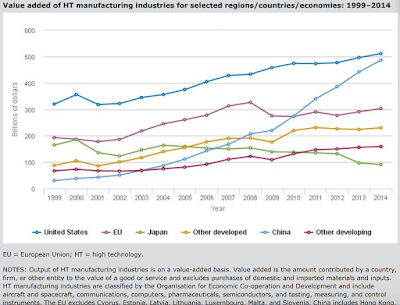 US and China now each account for ~30% of global high tech value-added manufacturing. Value-added means net of input components — going beyond simple assembly.