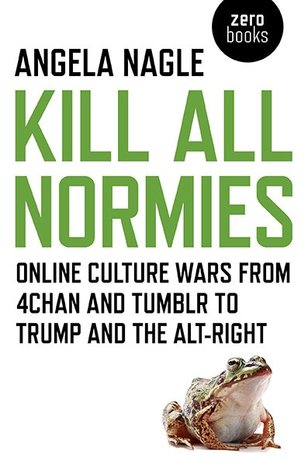 From 4Chan to Charlottesville: where the alt-right came from, and where it’s going

Angela Nagle spent the better part of the past decade in the darkest corners of the internet, learning how online subcultures emerge and thrive on forums like 4chan and Tumblr.

The result is her fantastic new book, Kill All the Normies: Online Culture Wars From 4Chan And Tumblr to Trump and the Alt-Right, a comprehensive exploration of the origins of our current political moment.

We talk about the origins of the alt-right, and how the movement morphed from transgressive aesthetics on the internet to the violence in Charlottesville, but we also discuss PC culture on the left, demographic change in America, and the toxicity of online politics in general. Nagle is particularly interested in how the left’s policing of language radicalizes its victims and creates space for alt-right groups to find eager recruits, and so we dive deep into that.

Civilization and Its Discontents by Sigmund Freud

This Is Why We Can’t Have Nice Things: Mapping the Relationship between Online Trolling and Mainstream Culture by Whitney Phillips

The Net Delusion: The Dark Side of Internet Freedom by Evgeny Morozov

Actually this interview with the Irish Times (not Ezra Klein) is much better: